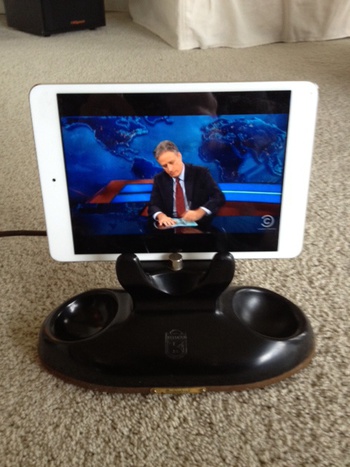 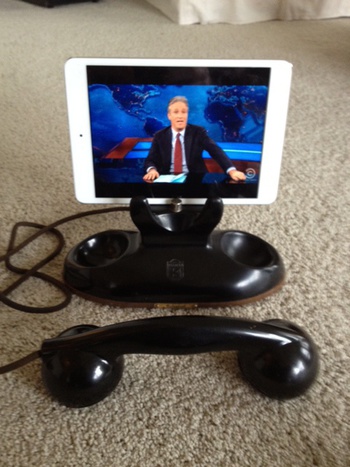 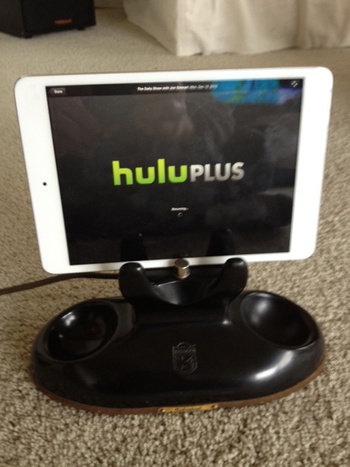 Who says digital tech is the end of analog phones?
Kellogg's art deco 900 series phones are possibly the most beautifully designed American phones of all time, although the name of the designer(s) are not known.
Their sound quality is not the best on modern systems however (even if you still have a landline).
However, as it turns out, they can still be useful in 2012 (and beyond) as an enabler for more modern technology (alot more functional and nicer looking than anything you can buy for this purpose at the Apple store).
Shown here is the "slipper" extension phone model of the Masterphone series (as opposed to "pyramid" or "ashtray") with iPad mini (16GB wifi only).