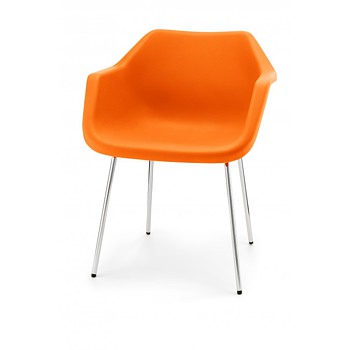 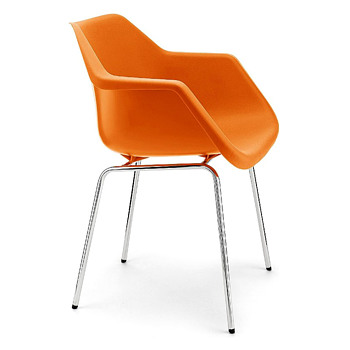 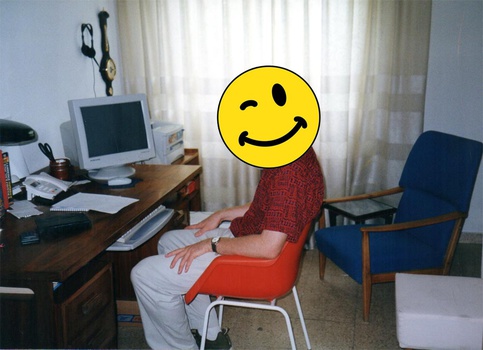 This is my Robin Day orange POLYPROP chair. Well, in fact it's a picture of a simmilar one in the very same colour which is right now in storage and I am afraid I neglected it for some time, so the only picture I've got of it. shows “ex” sat on it (hence the smiley face on pic 3). It used to be the desk chair first and then the main chair in the guest room (which is the room that immediately became the storage room and later “the secret room”, where one couldn' even get in. When anyone came home I used to lock the door and keep the key in a secret place so I could avoid the shame of letting anyone in).

Mine is not an old chair. It comes from a newer edition Habitat made in 1997. That's the year I moved into my first appartment and this is one of the first pieces of furniture I bought for my new place. I managed to rescue (from the curb) quite a few chairs when i was living there and later I rescued more and more. Right now I think I've got 31 chairs at home (well... 31 chairs in storage)

Cannot understand why but I think I've never used this chair on a daily basis... It really is a comfortable one and every visitor's favourite. I've used it from time to time but... I guess there was always a newer one I liked best. In any case, whenever I had a new place, this chair deserves a better position than the one's it's got till now.

I guess the manufacturing of this chair is still due to its original manufacturer, S.Hille & Co, only Habitat had it in its collection for a couple of years around 1998. Although the original chair was designed in 1963, and the armchair in 1967, the model was in production for over 40 years. Not sure if Hille&Co is still in business. 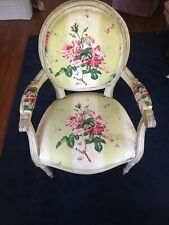 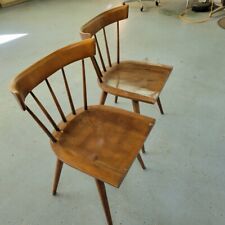