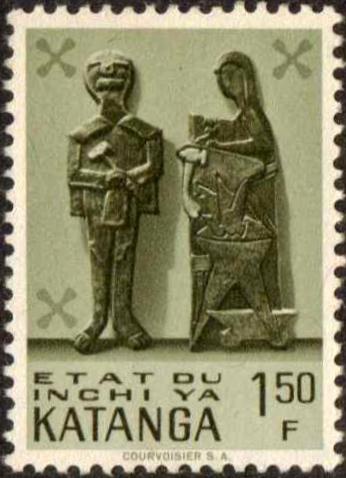 This is a 1961 postage stamp issued by Katanga depicting traditional African Wood Carvings - Katanga Province seceded from the Congo Republic (ex-Belgian) in July 1960 however established nations did not recognize it as an independent state. The UN declared the secession ended in September, 1961 and the last troops surrendered in September, 1963.
- Stamps were only issued by Katanga from 1960-1962
STAMP: Scott# 55 / Denomination: 1.50 francs / Color: Green
MNH OG Condition (Mint No-Hinge, Original Gum)