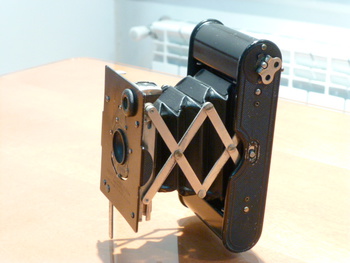 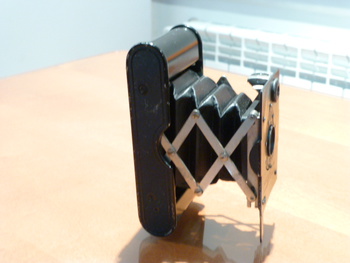 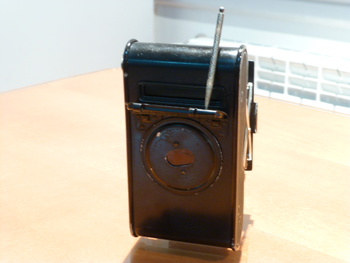 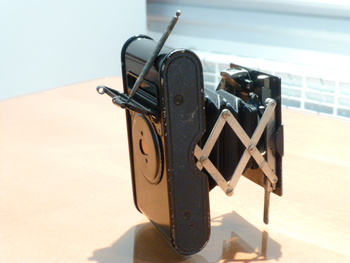 The idea of a compact camera, small enough to slip conveniently into your pocket, may seem like a fairly recent innovation. However, like most things in photography, the idea has been around for a lot longer than you might think. One of the first and most successful ‘compact’ cameras appeared 100 years ago, in April 1912. The Vest Pocket Kodak camera, or ‘VPK’ as it was usually known, was one of the most popular and successful cameras of its day. Over 2 million were sold before the model was discontinued in 1926.
The introduction of the Autographic (see the metal stylus in the picture) VPK coincided with a boom in camera sales linked with the outbreak of the First World War.Many soldiers bought cameras to record their travels and experiences. The VPK was by far the most popular choice, particularly with American ‘doughboys’. It was widely advertised as ‘The Soldier’s Kodak’ and owners were encouraged to “Make your own picture record of the War”.