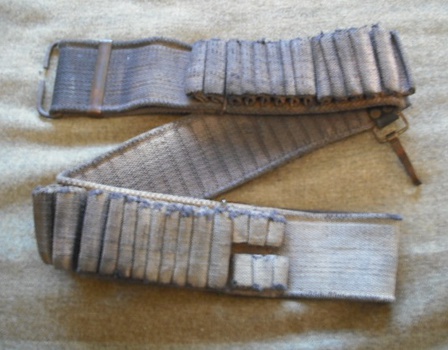 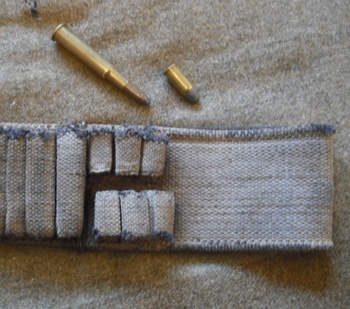 The Standard US Model 1894 cartridge belt has two rows of fifty cartridge loops, one on top of the other, so the soldier was provided with 100 rounds of ammo. This thing was not light when full! The buckle is a simple heavy steel wire bale.

The 1894 version for mounted use also holds 100 rounds of .30-40 Krag ammo, but includes six small double stacked loops at one end for an additional twelve rounds of .38 pistol ammo. The hook hanging down from the belt on the other side is for attaching the cavalry saber.

As a mounted trooper’s version of the cartridge belt, it would have been more likely to be used with the Krag carbine than the rifle I’ve shown it with, but that rifle was a carbine when I got the belt – sort of.