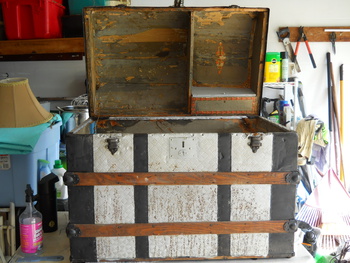 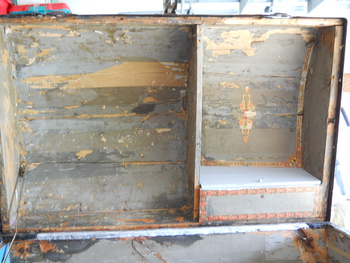 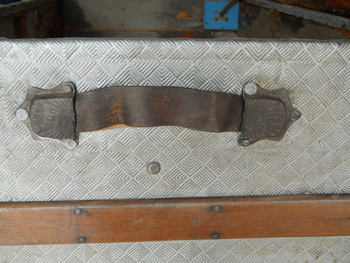 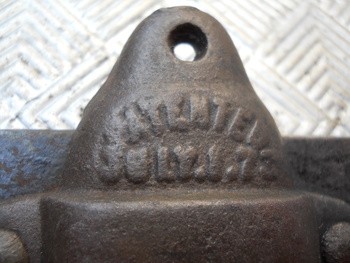 I began to research pricing for the trunk, because I was going to sell it , as is, and then, curiosity got the better of me. This was "restored" at least once, because it was lined with a "shabby chic" style wallpaper, which I removed. I noticed in my research , trunks typically had graphics on the inside of the top, so I was curious to see if this one had graphics under the wallpaper. When I took the wallpaper off , what a happy surprise I had. There were the original lithographs, on the top and around the drawer! Wow! Pic#1 shows the front, with rust on the front. Pic#2 you can see the litho's, Pic#3 shows one intact handle, the leather is missing from the other one, Pic#4 shows the lock with the imprint "Patented 1873" is how I read it. The "army green" paint , I believe is original because the lithos are on top of it. the painted readily peeled off with the steam I was using to remove the wallpaper. I was wondering if anyone knows what kind of paint would be used in this time period? It did not smell like I was dealing with an oil base paint. Any ideas??