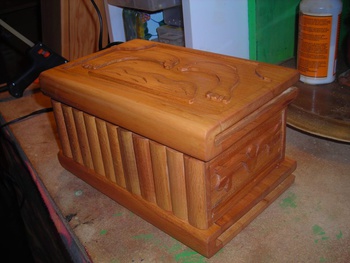 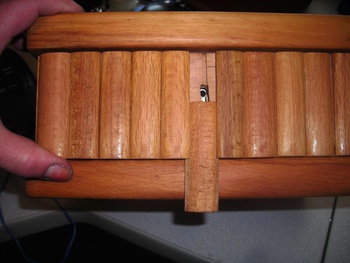 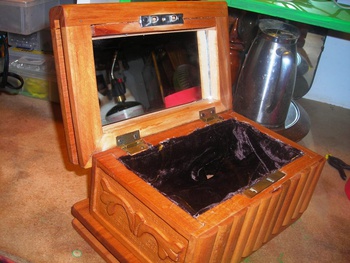 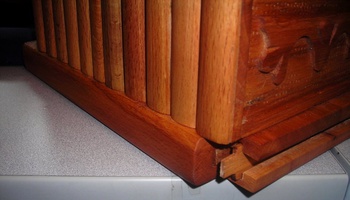 I picked this up at a Goodwill store for a couple of bucks. I didn't know what it was, thought it was maybe a beginner's project of some sort, as it was VERY heavy. I thought it was just a big block of wood. I get it home and show my daughter, who sees that it is "sliding" somehow, on it's "base". Well, I pushed and pulled on it, and it popped open! The inside had not been done, so I glued some felt inside with my glue gun. As we were looking at it, we noticed a hidden keyhole! Wow, wouldn't it be great if only it had a key! So I went online and Google-imaged it, as I do most things I find, and linked to an actual YouTube video about a box extremely similar to this one. It showed where the key was hidden! I thought... No way! I went home and started pushing around on it again, and then... "ting ting ting-a-ling-ling"! Out fell the key onto my garage floor!! It was like magic!! My daughter fell in love with it, so I sanded it up and gave it to her.