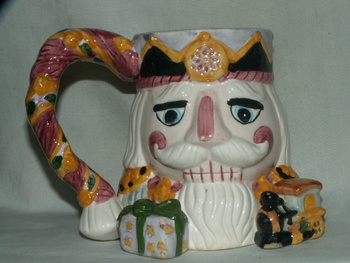 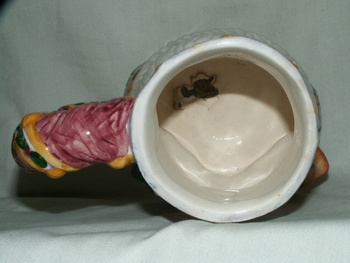 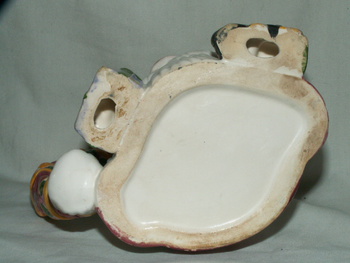 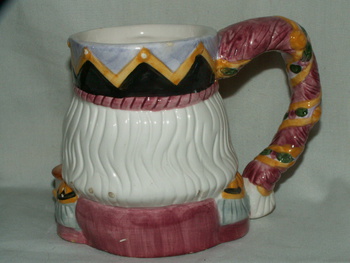 I've been on a search for a few decades, well since the age of 8 years old. For an antique Toby jug. And Steven Spielberg is to blame. Back in the 1980's Mr. Spielberg introduced the greatest television show to ever light the tubes of a television set. The show was called, "Amazing Stories", and during it's very first season. An episode titled, "Gather Ye Acorns" was the most remembered episode of my childhood. And very much influenced me without myself ever noticing. I'm on a Toby quest, and digging hard. I found this beauty for 50¢ at a yard sale. I'm cuckoo for cocoa puffs over this piece! =^"