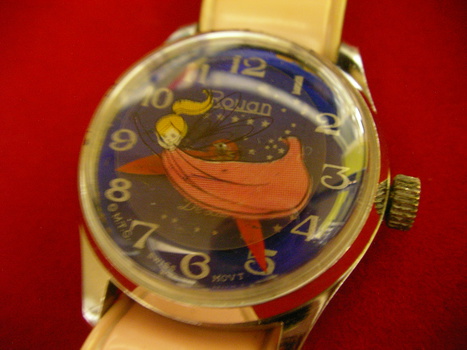 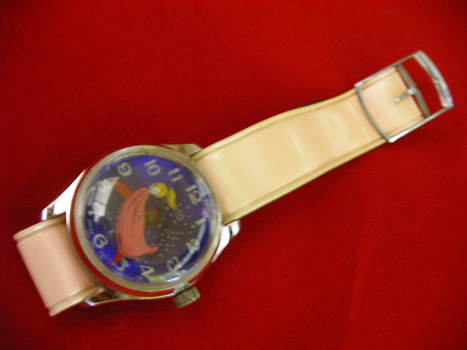 Tinker Bell is a fictional character from J. M. Barrie's 1904 play Peter Pan and its 1911 novelization Peter and Wendy. She has appeared in multiple film and television adaptations of the Peter Pan stories. In her animated form she leaves a trail of twinkling pixie dust.

This animated wristwatch is made by Rouan in the early 70s. The dial features Tinker Bell on a 360 degree per minute rotating disc. Her red wings are the hour and minute hands. This watch is part of a series which included Peter Pan, Archie and Woody Woodpecker.

I have also posted the Peter Pan watch here : http://www.collectorsweekly.com/stories/103568-1972-peter-pan-wristwatch

Thank you for visiting and hope you have enjoyed this posting!