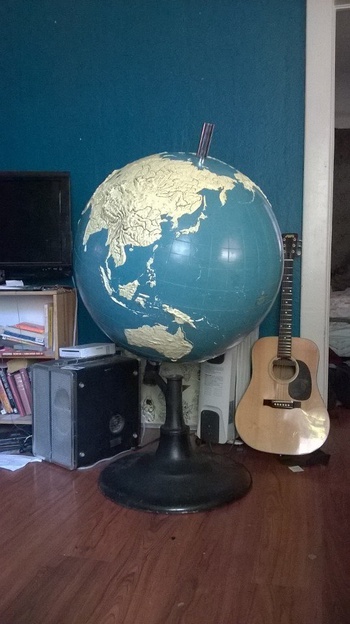 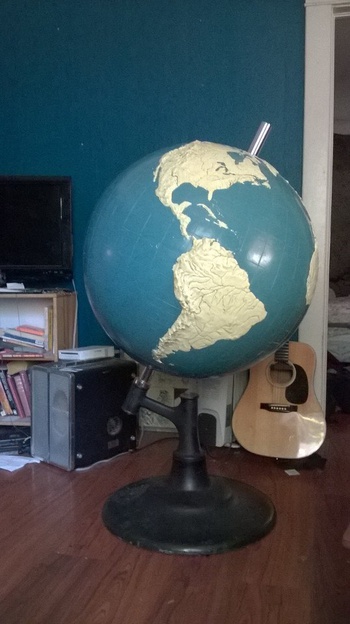 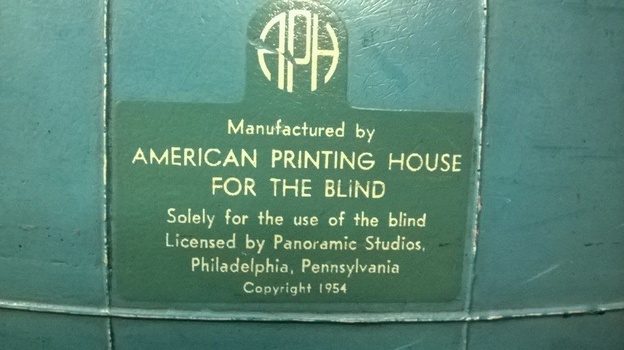 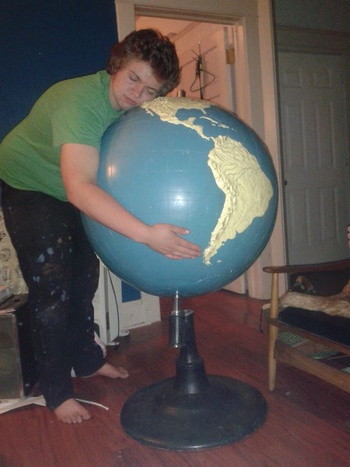 I LOVE this globe! Its huge and tactile and big enough to really hug! Its one of the rarer versions of the APH huge blind globes (which are already rare), this one has no braille words on it. Just the tactile topography. No borders. No nations. No fences. Just this lovely huge bumpy gorgeous world. It was sculpted by Brenda Vaughn and these were produced by using a 6 piece mold. This one is from 1954-58, during the first run. They were never in high production in any way and were very labor intensive to make. They were redesigned in 1974 and made a wee bit smaller. They were phased out of production entirely by the mid 80s. They were created as an educational tool for the blind and its just freaking awesome. It can stand straight up (4'4" ) or on its axis (5'1")
and commands any room.