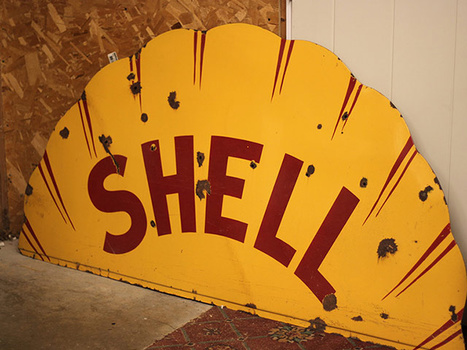 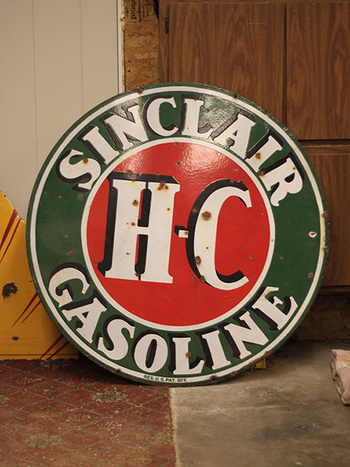 I was working at an advertising agency in Peoria, IL a few years ago when they decided enough is enough and started clearing out an old storage area. These signs were in that space. The owners said if anyone wanted them, they could have them. At the time, I thought I would someday find a place for them in my home/workshop/etc. so I claimed them (for free!). I don't know how these signs found their way to the storage space in the agency. The building was purchased in the mid-90s and refurbished into an office. Before that it was a run-down warehouse. It's possible that the signs were in the building when they bought it (there were some other notable-to-locals finds in there). Or, they may have been acquired after it became the agency. It's now 7 or so years later and they are still just hanging out in MY storage space. So, I decided to get them down, take some pictures and see what it is I have as I never did any research on them at the time. Still don't have a place to display them, and it seems a shame.

The Shell sign is about 6' across at the bottom. From the information and reference I can find online, this is the top half of a larger sign. Interested to know if anyone can identify with any certainty what the bottom half looks like.

Now that I know a bit more about them, I have to decide what to do with them! Also, are signs like this typically valuable enough to worry about adding a personal article policy to your homeowners insurance? I'm not a collector and don't know what to expect for value over time.

Thanks for any information you can add!