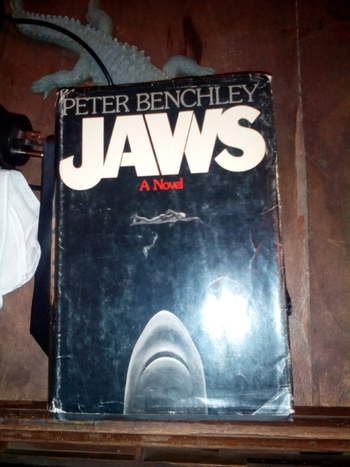 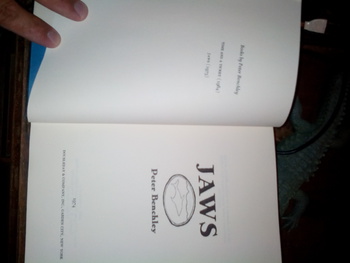 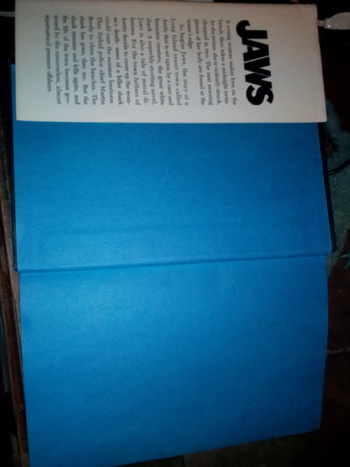 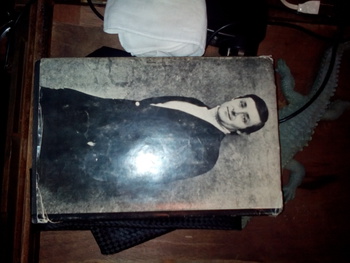 Please bare with this post. I will be uploading posts from my phone until I receive my new laptop cord. I have 3 Jack Russell Terriers, which one decided to mistaken my computer cord for one of their chew toys while I was at work. Anyhow, this fine collection of literature was put to film in 1975 by Steven Spielberg, starring Richard Dreyfuss, Roy Scheider, & many others. But just to say as a hypothesis, =^/
If this novel had never made itself on the big screen. Every bush, twig, shadow, or fin in the bathtub or open water would be what it is …instead of a human flesh tearing, hungry for human blood of the sea fish, we all know of as "JAWS". =^/