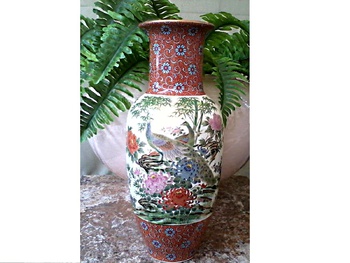 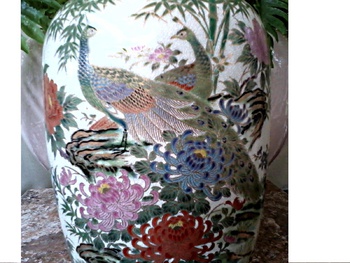 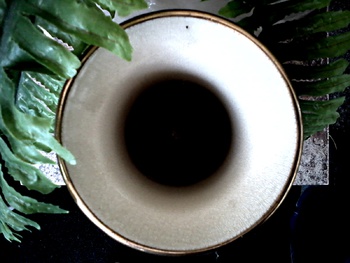 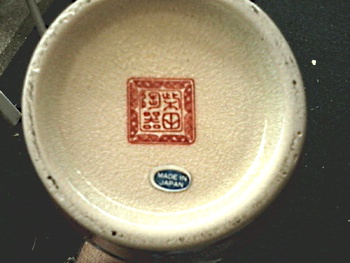 Picked this nice "Shibata" vase up from Volunteers of American today. It was on the showcase wall with some really nice silk flowers in it. Larkspur, Zinnias and one really huge Dahlia. Today it was half price so it was a very good deal at three fifty. I searched online and found a pair of this exact same vase on "Liveauctioneers" site from 2012. They described them as " Polychrome enamel and gilt decoration in Satsuma style of peacocks, bamboo and flowers on 'crackled' cream ground, seal mark, 20th century. Height 12 1/8 in." Estimated for a pair $75.00 to $250.00. Gotheborg's porcelain site shows this seal mark #88 as being a "Shibata" mark from the late 20th Century (50's-70's). Not sure if the addition of the paper label swings the date plus or minus a few years. The newer pieces have "Shibata Japan" written in red under the seal mark. -Mike-