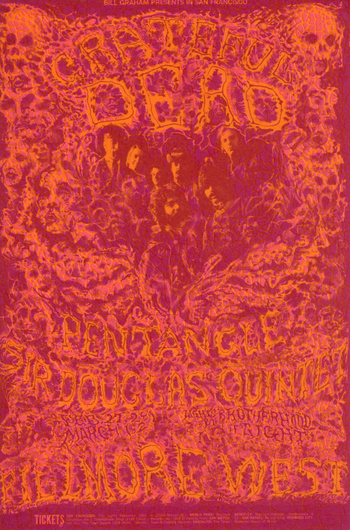 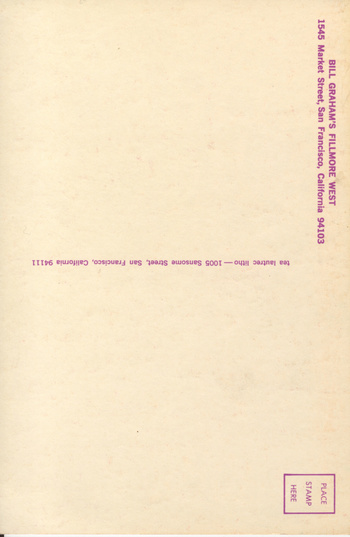 I love Lee Conklin, who was perhaps the trippiest of the Fillmore-era poster artists, but this postcard of a Grateful Dead show in late February and early March of 1969 is not one of my favorites. With its ghostly photograph of the band by Herbie Greene at its heart surrounded by numerous fiery skulls, it's just too creepy.

So why did I buy this postcard? Well, 2/27/69-3/2/69 are the dates when the band recorded "Live Dead," which for some fans was the first vinyl to adequately capture what made these guys so great. That two-disc set was the gold standard until the band released "Fillmore West 1969: The Complete Recordings," in 2005. That 10-CD limited edition (10,000 copies) routinely sells for hundreds of dollars used on eBay (unsealed copies of the box set go for thousands).

As it happens, I've managed to download less pristine versions (second-generation versions of the master reels, audience recordings, etc.) of all four nights, so it just seemed right to close the loop and get the card.