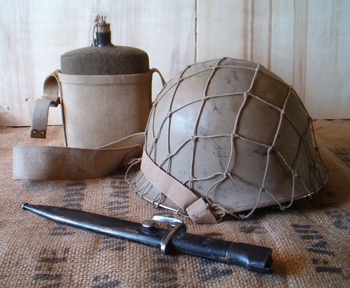 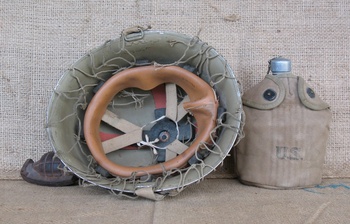 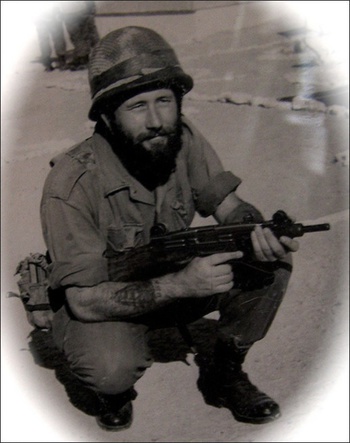 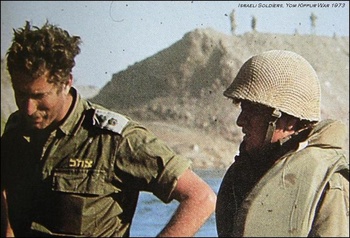 The IDF or Israeli Defense Forces used several types of steel combat helmets including this modified French M51 shell the Israelis would often refurbish helmets and add new liners & chin straps, this helmet also has a piece of cargo netting , they would often use burlap material to make helmet covers and use pieces of old rubber inner tubes to make helmet bands to secure the cover in place.

Six Day War. A war, June 5-10, 1967, in which Israel occupied Sinai, the Old City of Jerusalem, the West Bank, and the Golan Heights and defeated an Egyptian, Jordanian, and Syrian alliance. Arab name June War.

Helmets like this would have been used during the Six Day War and other Arab -Israeli conflicts of the time period, like the Yom kippur War in 1973