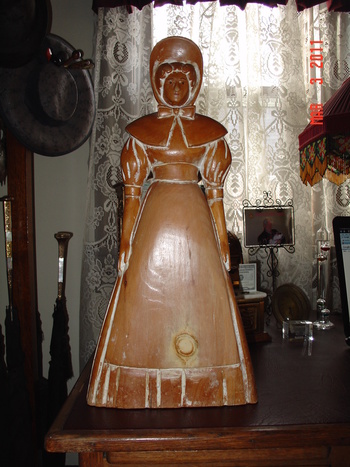 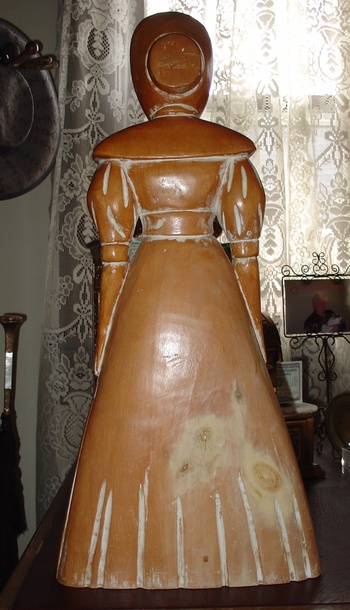 My friend and I went over too her girlfriends house last night. She has been remolding her house and getting rid of things. She ask me if I wanted the wood figure of Aunt Jemima. I said yes of course, she will look good in the kitchen. She said I could just have her. She said that she has had it almost 40 years. What a nice piece just to give away. I believe this would be considered Folk Art? Also wondering if this figure is really supposed to be Aunt Jemima? I think she might be too skinny to be her. She is 22 1/2" tall and 11" at the base.(6 hours Later) After talking to several people I believe the figure is a Pilgrim or a Quaker, not Aunt Jemima like the lady thought that gave her to me.