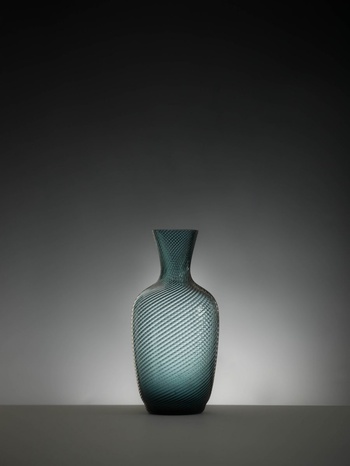 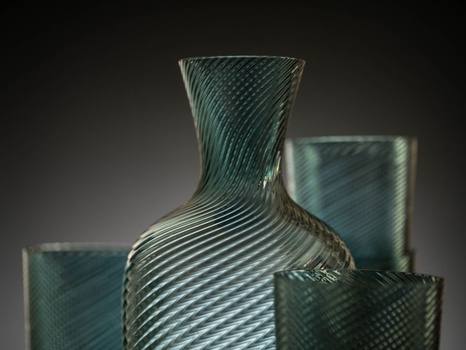 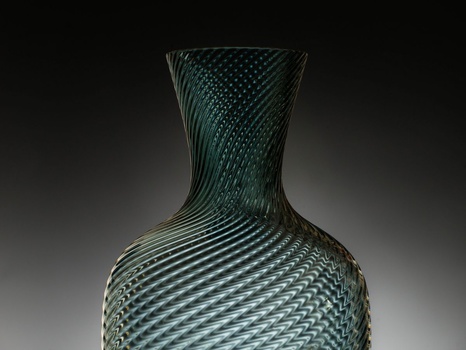 This small carafe, 18cm high, and the glasses were produced in Turbinglas-technique, that is with regular physical rills in spirals. I can't say you how they made it. But I know that this technique existed already in earlier times and also in Murano. I know only of two glass factories wich produced glass in this technique in Sweden in the Fifties, Hovmantorp and Gullaskruf. At Hovmantorp, where these glasses were called "Snoddas", the designer was Signe Persson-Melin, at Gullaskruf Lennart Andersson. I think, he is the man since I saw often turbinglas in this specific color which was attributed to Andersson. I am really fascinated by the regularity of the rills in this very fine glass and the patterns and moirés which it forms when you hold it into the light.