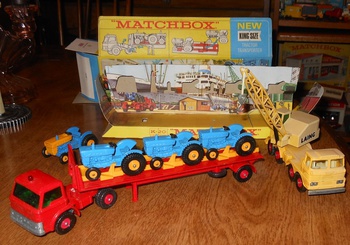 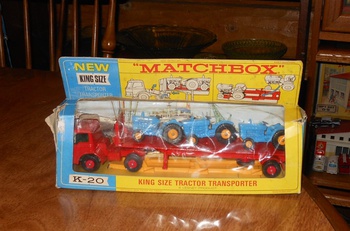 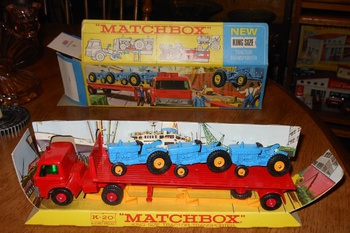 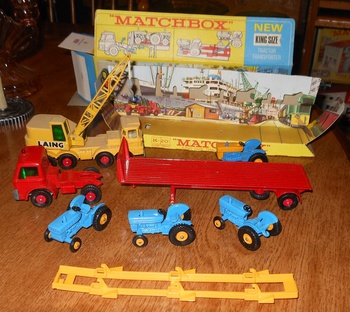 This model was released in 1968 and this box with art in the interior is from 1968. In 1969 the box had a plain blue interior thus this from 1968.
Anyway this is a Ford tractor and trailer with a cargo of three Ford tractors. The three Ford farm tractors were first released in 1967 I the 1-75 line as the M-39c in a blue and yellow paint scheme. I have one in the fourth photo behind the trailer. With the help of my Laing Crane I loaded up all the tractors on the trailer.
This was advertised as never removed from box but as the box isn't sealed there is no way of knowing that. The model is dead mint so it is likely. The all blue tractors were only released with this model so they are fairly rare.