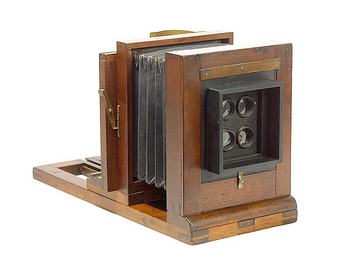 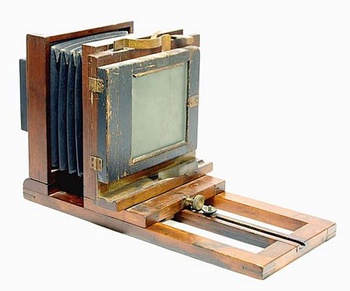 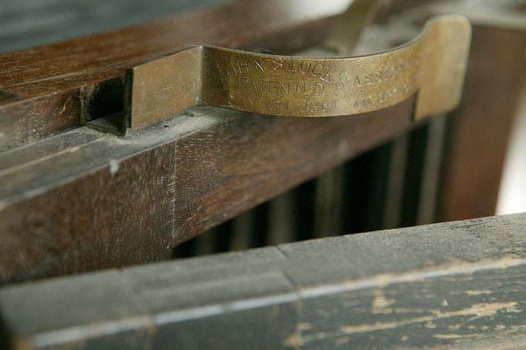 My collecting focus is early American wood cameras; the earlier the better. And you really get an appreciation of how far we’ve come with digital cameras even though the basic principal of photography is largely unchanged. While not the earliest camera in my collection, this 1860s collodion wet plate camera by John Stock is a fine example of a post-daguerreotype body pattern.

During this era the ‘wet’ collodion photographic process was replacing daguerreotypes. Although technically a better process, collodion chemistry was just about as toxic and nasty as its predecessor. Collodion was also quite caustic and a reason these early cameras have heavy construction. The characteristically thick wood is easily seen and the design includes a drip trough (refer to second image) to catch liquid collodion as it oozes out of the plate holder while pictures are being made to slow down wood decay.

Most any Stock camera is rare and this ‘camera box’ has a 4-tube gem lens set that shoots multiple images on 4-1/2 x 5-1/2 inch daguerreotype half-plate format plates. Most of Stock’s cameras are marked with an 1864 patent notice (refer to third image).

This particular camera has dove-tail construction details (very unusual for an American camera and nearly all other Stock examples have box joints), a rise-fall multiplying back, and a wet plate holder with brass registration hardware for side-to-side movements. These cameras were normally sold with a single portrait lens but 4-tube gem lens options were also available.