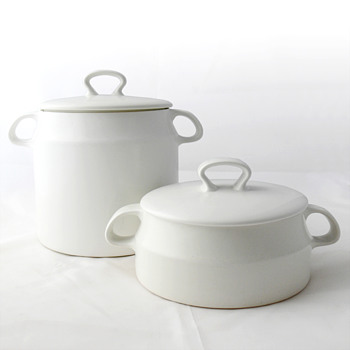 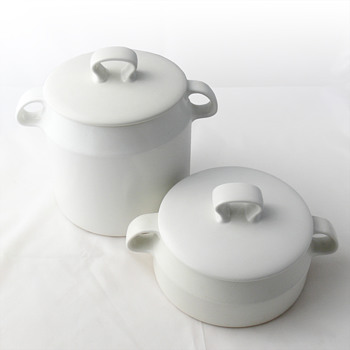 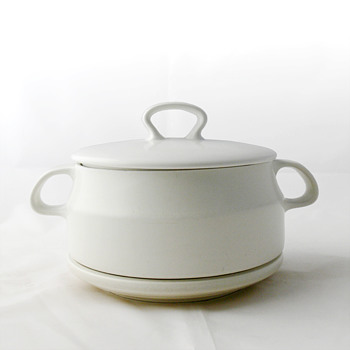 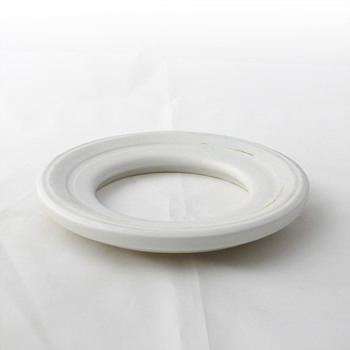 These two pots or casseroles were designed by André Ricard in 1967, one year before I was born.

I firt saw them on a pic in a book on Ricard's work and the very first thing I thought about them is that they would be just the kind of item I would never ever be able to put my hands on... who can keep stoneware pots from the late 60s? but it seems somebody did.

I found them in a Spanish auctions site after making a silly, crazy search like "pottery casserole" or something like that... didn't have to pass many pages before I saw these two and I didn't think twice about it: they had to be mine!

The first surprise I got when I saw them is that they were not enameled pots as I had believed since the first time I saw that pic, but solid stoneware. The second was the shape of the handles... thinking they were made of enameld metal, I thought they were made out of metal cylinders... but of course they're not. The third surprise is that they came with matching stoneware mats so you could place them on any surface without burning it...

Sadly I won't be able to use them on our induction hobs, but one of them at least will look great in our kitchen.

There's a third design i didn't found: a big teapot or keetle. I still have hope I'll find it someday