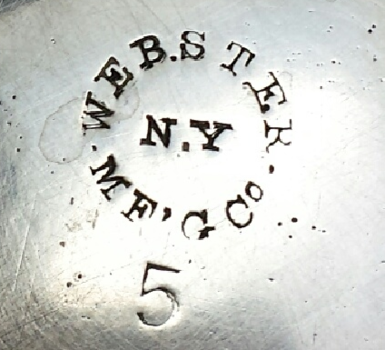 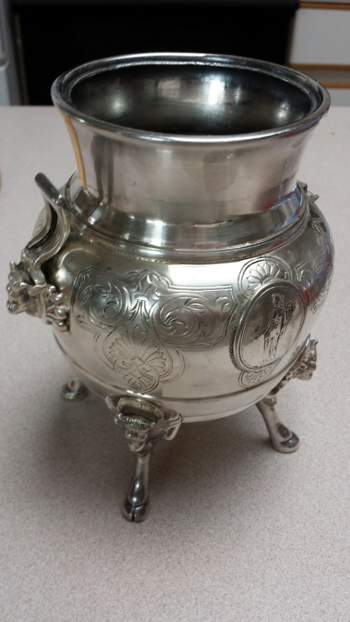 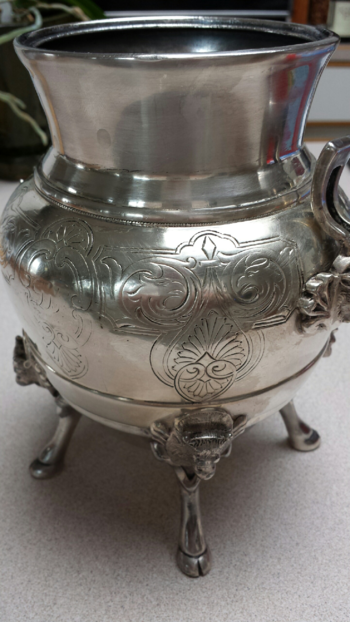 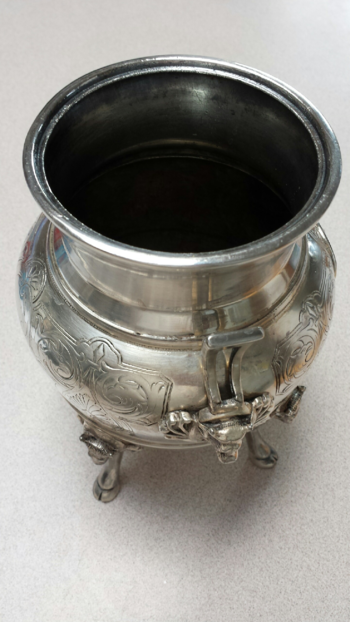 This was either my grandfather's (born in 1884) or great grandmother's who were from Cincinnati, OH. I was able to find that the silver mark for this company - Webster Manufacturing Co., is from the late 1800's and the 5 means the amount of fine silver used in the plating process. It appears to have had a lid of some sort at one time and my husband speculated that it may have even hooked over the small curved structures mounted on the side (one of which is now broken off), although I don't see wear that might have been caused by opening and closing any kind of clasp. It is adorned with 6 bull heads 2 holding the structures on the sides and 4 at the top of each leg. The 4 legs come down to turn into to hoof shaped feet. It has a place for a monogram and I can faintly see there was a monogram but it is mostly worn off now. On one face opposite the place for a monogram there is a medallion with a figure of what appears to be an ancient Greek or Roman woman holding a sheaf of flowers. As is, it is 7" tall and the opening is just over 3". Can anyone tell me where to see a complete one of these or what it might have been used for. Any more information would be greatly appreciated to help me reconnect with this little piece of my family history found in my Dad's attic after he passed away.