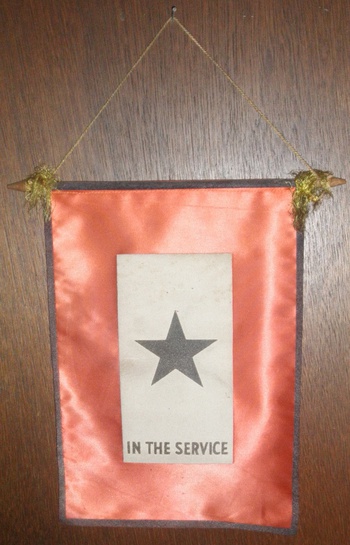 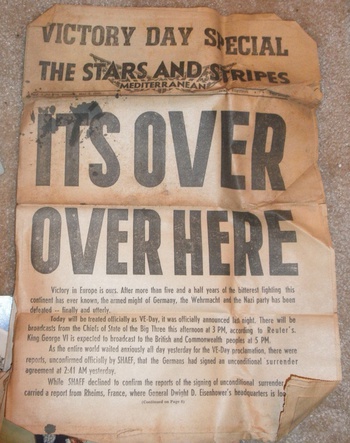 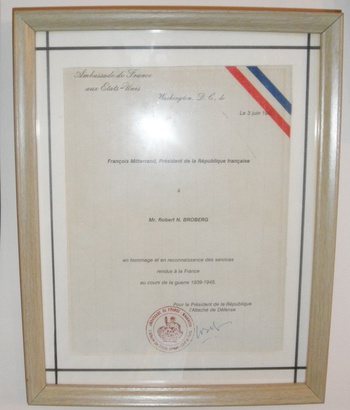 The first is the Blue Star Service Banner, hung on the doors of family members of soldiers in harm's way. This one hung on my great grandparents door when my grandfather was in the Navy during WWII. The second is the VE Day (Victory over Europe Day) Mediterranean edition of the Stars And Stripes. The third is a document he received from the President of France at the time, thanking him for his service. It reads:
François Mitterand, President of the French Republic
To
Mr. Robert N. Broberg
In tribute and in recognition of services rendered to France during the war 1939-1945

For the President of the Republic's Defense Attachment