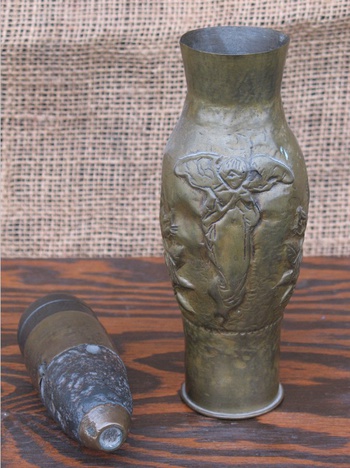 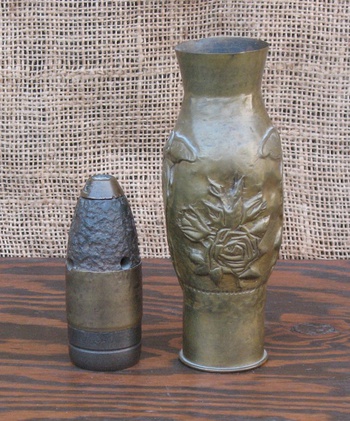 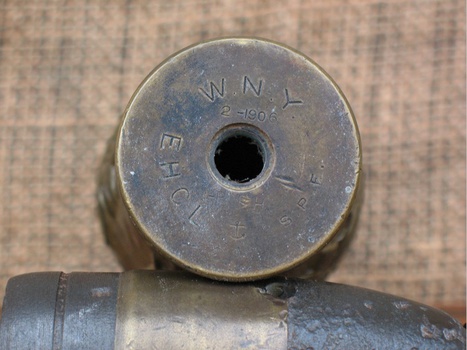 WW1 Trench art old brass shell with the image of an Angel on the front & back and roses on each side, the bottom of the shell is dated Feb 1906 , the nose piece next to the brass shell appears to be a ground dug relic I can still see the marking "Hotchkiss" on the bottom edge, the Hotchkiss Mountain guns were in use during the Indian wars and Spanish American War in Cuba back in 1898