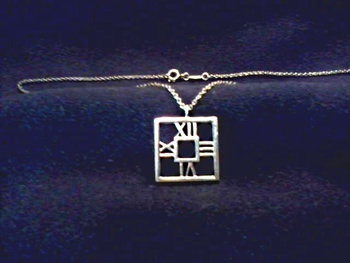 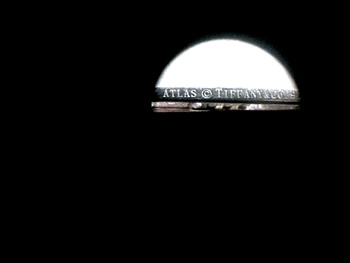 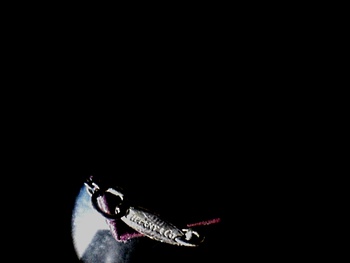 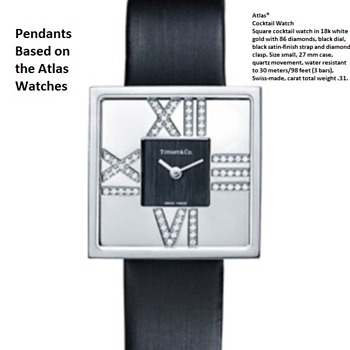 Who would think something this simple would have a Tiffany mark on it, but it does. There are two places. It's marked clearly on the oval by the clasp. One side says Tiffany & Co. the other side has .925. The pendant is also marked on it's outside edge "Atlas"c Tiffany & Co. .925. The square pendants seem to be rarer as most of the ones I found online were the round versions in different sizes. I found a few of the square ones on Ebay but they are marked on the top edge of the pendant and also have the year of 2003. Mine has no year so I think it's an older piece. This is what Tiffany's site says about this collection :

Here’s the story behind the Atlas® collection:

“Created by John Loring, Tiffany design director emeritus, the Atlas® collection explores the raised Roman numerals of its archetype, the Atlas® watch. Introduced in 1983, the timepiece is an icon of style, featuring an hour track of brightly polished Roman-numeral markers in high relief. For its originality, the Atlas® watch was granted a rare U.S. patent. Of his many Tiffany designs, Loring says this is his favorite because “it’s had such staying power and translated so brilliantly into jewelry that is a true statement of fashion.”

John Loring, born in 1939 is design director emeritus of Tiffany & Co., where he was design director from 1979 to 2009. He is the author of numerous books about Tiffany's and art in general and a longtime contributor to Architectural Digest.
Prior to joining Tiffany in 1979 as design director, Mr. Loring was the New York bureau chief of Architectural Digest, as well as one of the magazine’s principal editorial contributors. Mr. Loring also served as a professor of art at the graduate school of the University of California.
Mr. Loring earned a Bachelor of Arts degree in English literature from Yale University in 1960. After graduating, he continued his studies for four more years at the Ecole des Beaux Arts in Paris. Since 1964, his prints and paintings have been exhibited in Europe and the United States.

The silver pieces are the least expensive. The same designs done in gold, platinum and diamonds are very expensive as you would expect from Tiffany. -Mike-