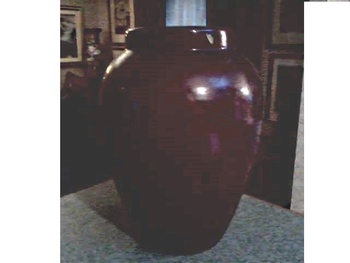 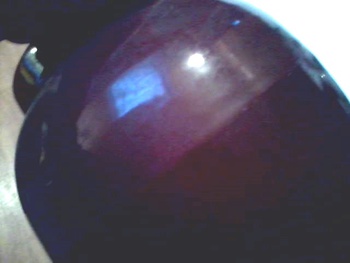 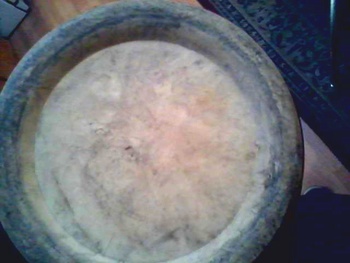 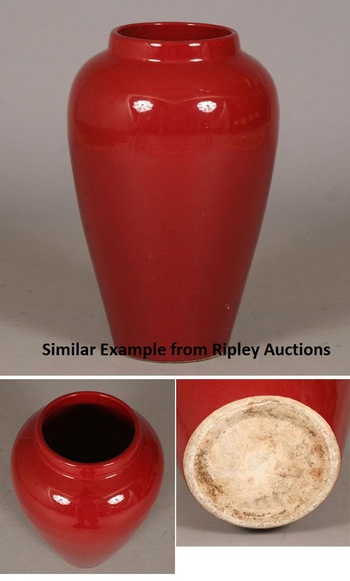 I've had this for a while. It's sitting by the side door. I guess it could be used for umbrellas, walking canes or whatever you choose. I love the deep burgundy color of the glaze. It appears to be quite old and shows a lot of crazing along with various scuffs and dings but that just gives it character. The top does have a glued chunk out of it that's inside the collar. At least it's not missing. It may have spent some time outside too. There is a distinct seam in the top half at it's widest point so it was made in two pieces. I found a similar one on Ripley Auction's site that says it's possibly Zanesville Ohio art pottery, which is just south of where I live. The bottom matches exactly to mine and it's also unmarked. So a local piece more than likely. -Mike-