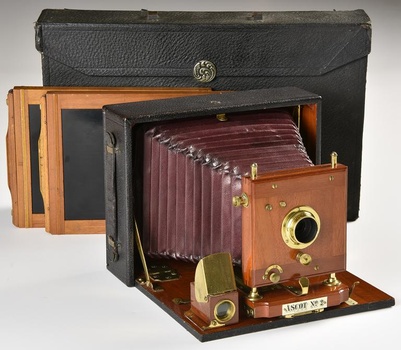 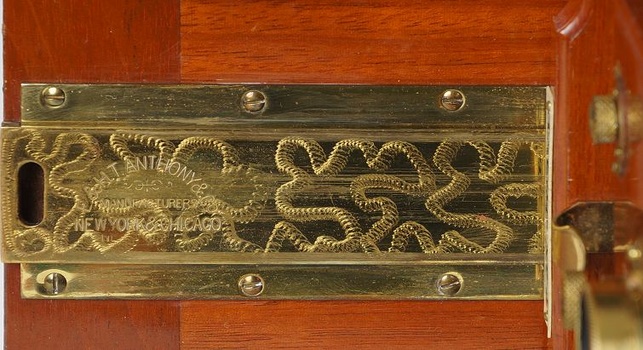 This fine looking 5 x 7 inch format Ascot Cycle No.2 is quite rare and not known by most collectors. From mid-1899 to 1900 the E. & H.T. Anthony Company created a series of folding cameras under the name “Ascot.” All were made of leather covered mahogany bodies with brass hardware. Of the twenty models offered, only two 'cycle' variations had internally mounted shutters.

The $16.00 Ascot Cycle No.2 outfit shown here included the camera, one double holder, and carrying case that could hold 3 holders. While Anthony as a maker was not known for elegant construction, the company for some reason decided to embellish the brass focusing rail with decorative machined markings.

But what is surprising is that Anthony made 20 models in barely a year, and then pulled the plug by selling the Ascot series to a group of four companies that merged to form the Rochester Optical and Camera Company.