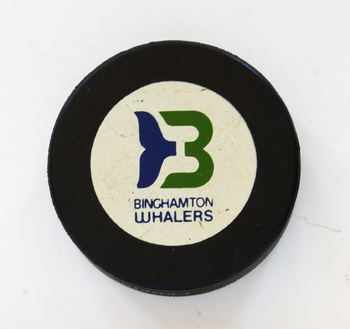 The Whalers are part of Binghamton's great hockey tradition. They were the top farm team of The Hartford Whalers. Binghamton is still in The American Hockey League, existing as The Binghamton Senators, who are sponsored by the NHL's Ottawa Senators.

Though having one of the smallest capacity's in the League, the loyal fans fill the Arena, thus keeping the franchise viable.