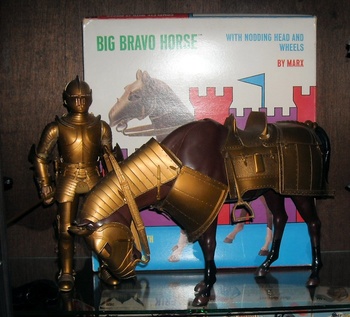 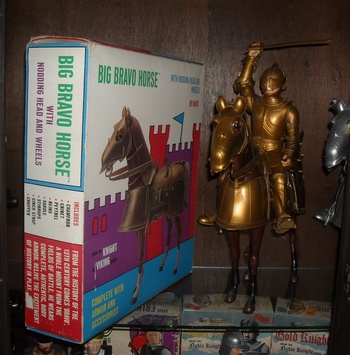 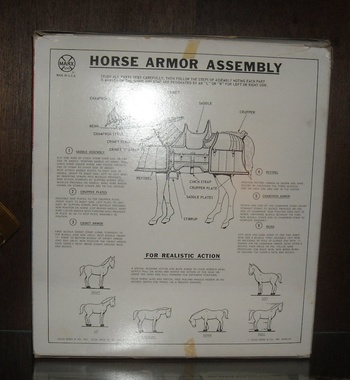 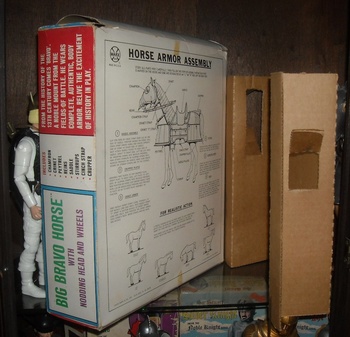 This is the later and rarer version of the Bravo horse. The unique feature for this is the horse has a nodding head. In the Johnny West/Best of the West series this is called Buckskin. Unlike Buckskin these have the wheels in the hooves.
The box style is often called the mod box which crossed over to the Best of the West line.
I got this in new condition in the early 90s. The armor was in sealed bags. But it doesn't look good in the bags so I put them on the horse.