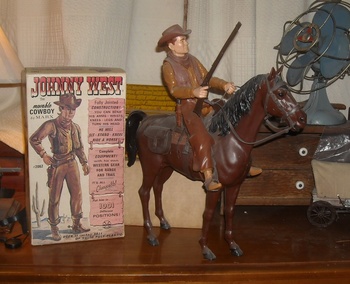 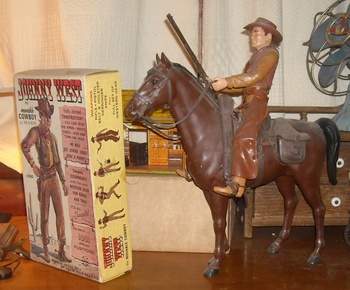 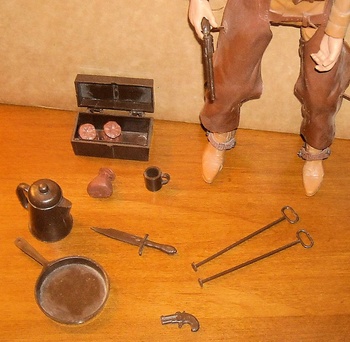 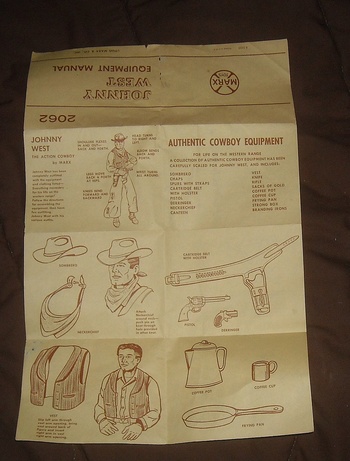 Johnny West came into production in 1965. The molds were delivered to the Marx factory in May of 1965. Once again this in response to GI Joe so as to capture their share of the 12" scale market but going with western figures instead of the military. Marx did have its own military figure line but Johnny West and the "Best of the West" line was their mainstay. It's a rather large line with 18 human figures, horses, dogs, a buffalo, buildings, more horses and so on.
Anyway this is an original Johnny West from around 1965 in a first edition box. You can tell the early figures as there are no rivets holding the arms on at the shoulder. An even earlier Johnny West would have the "open hands" which didn't hold on to the accessories so well.
The box is called the Vargas box due to the art style.
I fear there is much much more to come.
Please excuse the dust, Johnny and his horse Thunderbolt are dusty from being out on the range.