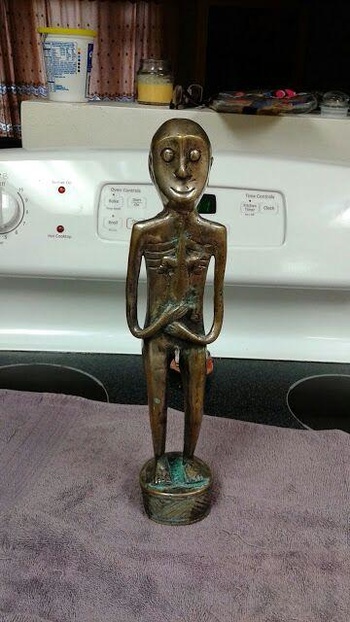 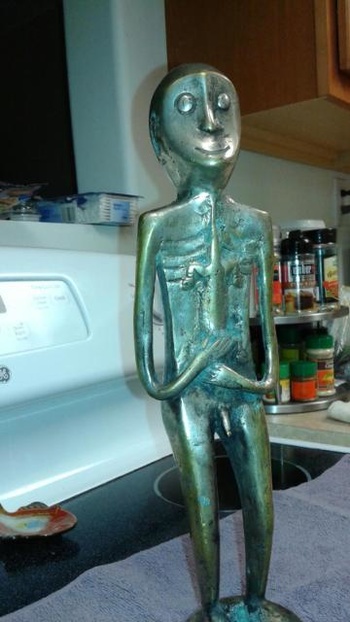 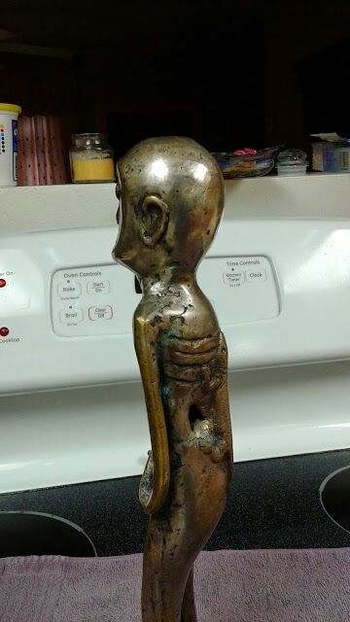 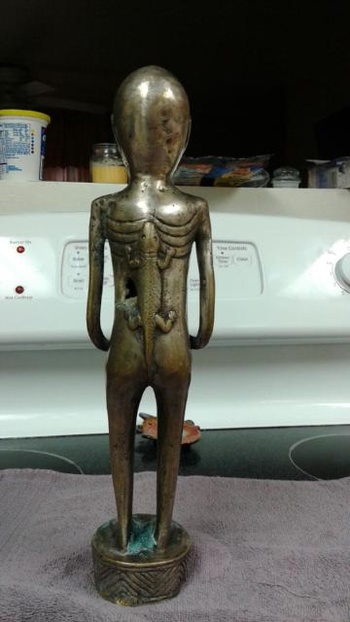 This figurine was found in a storage locker in North County, Missouri and my boyfriend wanted to scrap him and I talked him into letting me try and find out what he is. He was among numerous different figurines, however, he was wrapped in cloth and place safely in a Remy Martin wine box. The other figurines were only wrapped in newspaper, while he was shown more care for storage, so I believe he possibly was more important to who ever took such care in packing him away. Plus, these storage lockers that are being emptied could be a few decades old as they are not a priority to clean out and may have belonged to a tenant who passed away and then were abandoned.

I have not been able to locate anything concrete on the internet as to what he may be. A coworker told me that he possibly could be African and/or a voodoo idol. I don't know, but there is similarity between him and some statues from Ghana, Africa. Again, nothing concrete, just a hypothesis.

More descriptive: Nude, anatomically correct, hollow bronze/brass (not sure which) statue. He has a smiling face, but almost monkey like in shape, kind of like the Ghana faces with the arched forehead. He is holding some sort of reptile upside down with the tail pointing into the neck region, which I first assumed was an iguana, but could be a small alligator or possibly chameleon. There is a second such reptile on his back side, right-side up with the tale curled down under his buttocks. He has a hole in his left backside, which some sort of powdery or sandy debris comes out of if he is shaken around. His feet have the toes articulated, but oddly one foot has 5 toes and the other 6 toes. He is standing on a round base which has an alternating v pattern, such as:
/////\\\\\/////\\\\\/////\\\\\/////\\\\\ This base is also slightly warped and not perfectly round.

He is showing oxidation in several areas especially around the feet. Almost a gold luster to him. Maybe was painted gold at one time. Someone suggested a patina Possible charring marks from what I can only assume was being exposed to fire on and under the hollow base, which has several very small pin holes. There is smoke/dirt residue from about the base area to the midsection of the figure. Approximately 33 cm in height and approximately 8.5 cm at his widest area, which is his arms.

It has not obviously been mass produced as I am pretty good at research and I have not been able to find any other images, etc. of this figure. Well, that's about all I know. Let me know if you recognize him or anything like him.
Thanks for any help because if he is voodoo or something of that nature, I think he needs to find a new residence, such as a museum or something, lol! 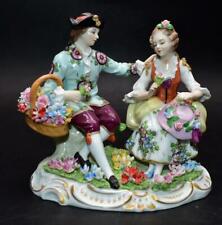 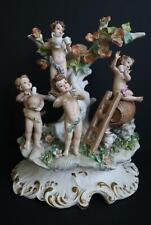 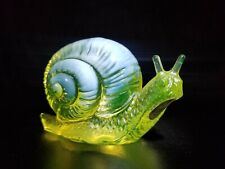 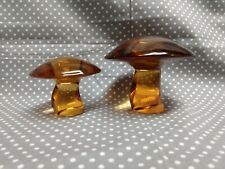