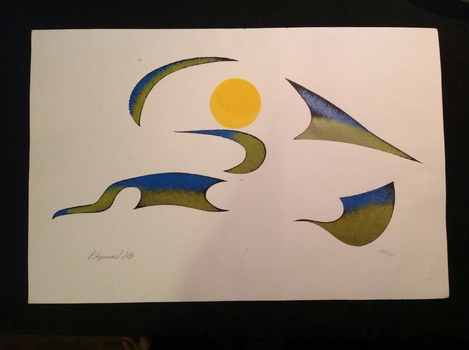 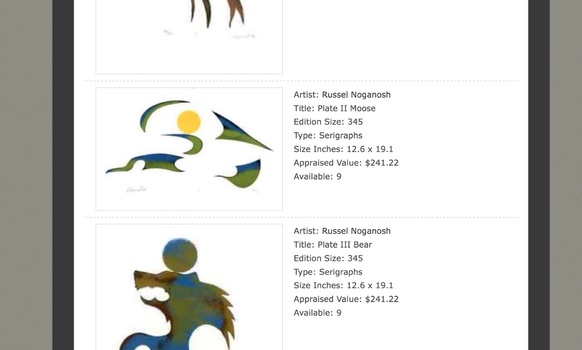 Russell Noganosh (born 1956 ) is a Canadian Indian First Nation Ojibwe (Ojibway) from Magnetawan. He was born in Henvey Inlet at the home of his grandmother. In 1979 Russell apprenticed under Isaac Bignell from The Pas, Manitoba. Bignell taught him the sponge technique of painting. That experience aside, Russell is largely a self taught artist working with various mediums including acrylic on canvas, paper, birch bark, fungus, and hide.

Only five years after his time with Bignell, Russell was honored as “1984 Artist of the Year” by the Manitoba Bison Alumni Association. The Association produced a limited edition print, “GRAZING BUFFALO,” to commemorate his appointment. In 1988, Russel’s painting was chosen for the cover of a book compiled by Native Artist “Art of the Ne Hiya Wak.” The original edition of the book, “Medicine Man Working with Bear Spirits” was published by The Plains Publishing Company Edmonton, Alberta. The book was distributed to schools and libraries across Canada and was also sold in Japan. In 1990, the Toronto Native Child and Family Services commissioned Russell to create the art for “Spirit of the Children 1” and “Spirit of the Children 2,” which depict native families in search of their children. Also in 1990, Russell’s art appeared on the front cover of “Ontario Pharmacist Magazine.” Later the Saskatoon Culture Centre produced a calendar featuring Russell’s art.

In 1997, the Aids Foundation in Minneapolis commissioned Russell to create a poster for their AIDS Awareness Conference. He also designed the logo for the Mentorship Program for the Minneapolis Friendship Centre. Russell’s artwork has also been featured in the television series “The Rez.”