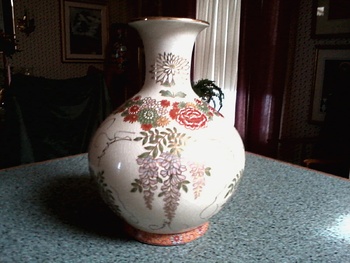 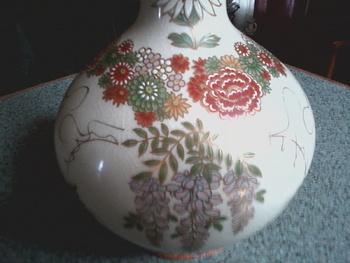 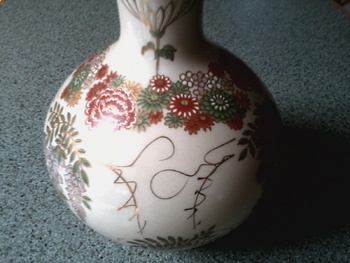 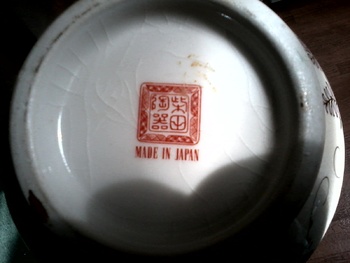 Here's another survivor from the sales at Salvation. I thought it was gone at first but it had moved from where I left it yesterday. I like these mid century Shibata vases. It has a wonderful shape and the Wisteria with the gold accents are really beautiful. Gotheborg's porcelain site shows this seal mark as #88 on their site. It's a "Shibata" mark from the late 20th Century (50's-70's). Don't know if the "made in Japan" below the seal means newer or older. I have another Shibata peacock vase that uses a blue oval paper label under the seal that says "made in Japan". This one is painted on so it might be a bit later. -Mike-