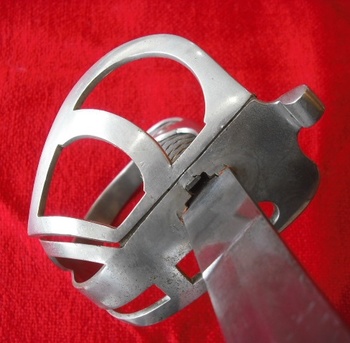 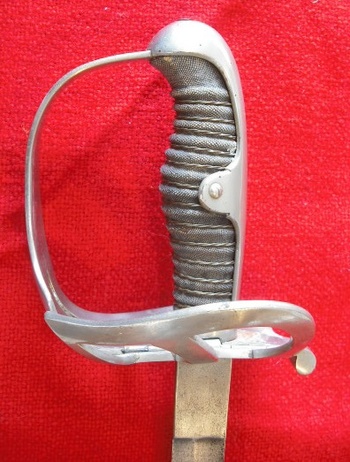 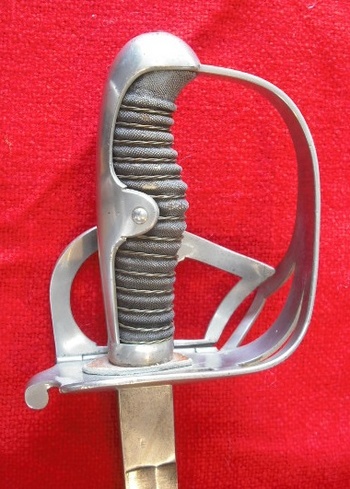 The Model 1852 sword was Prussia’s attempt to issue a standardized sword to all their cavalry; cuirassiers, dragoons, uhlans and hussars. It’s slightly curved sword with a rounded swirl caged guard was carried in the Franco-Prussian War of 1870-71. Eventually it was replaced for all cavalry by the model 1889, an example of which I posted a couple months ago.

My sword is a dress version of the 1852. The 34 ¼” blade is etched with a floral motif and military trophies about halfway up the blade. Over the years the etching has become barely visible, as has the retailer’s name and location “Franz Werner Danzig” etched on the spine. Franz Werner’s Danzig shop sold swords between 1880 and 1900. (Danzig was at the time part of Prussia. It’s now known as Gdansk, Poland).

The steel guard has a hinged portion common to dress swords, intended to help the sword lay flat against the wearer’s side. A finger loop was once present between the guard and the handle. All that remains of it is a bit of leather where the two pieces join. The grip is shark skin with a double wire wrap.