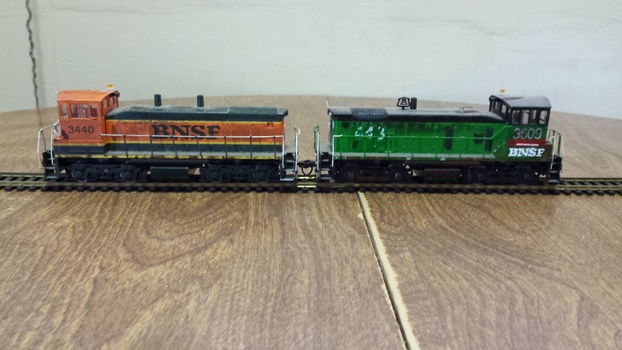 BNSF 3440 is an SW1500 built for the Frisco in February 1973 as the #355. It became BN property in the 1980 merger of the Frisco into the BN and it was renumbered BN 60. Then in the BNSF merger it was repainted in the Heritage 1 paint scheme and renumbered 3440. This one is not weathered very good but it ok. Still needs some other details. This engine spent most of its career in and around Springfield MO, a former Frisco terminal. BNSF 3609 is an SW1000 built for the BN in February 1972 as their #384. This one I bought from a hobby shop in Duluth MN already painted and detailed as BN 443 which worked in the twin ports for many years. I numbered it for 3609 because the real 443 got painted into heritage 1 paint. The real 3609 spent its BNSF career working between the Twin Ports, the Twin Cities and Dilworth MN. I left a little of the 443 number showing through the paint which isn't prototypical to the exact engine 3609 but I think gives a more authentic feel. Still needs some details yet. 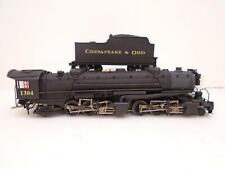 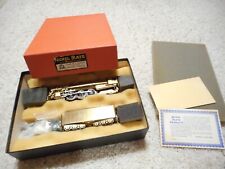 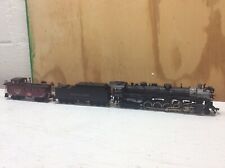 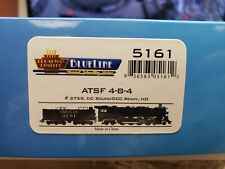