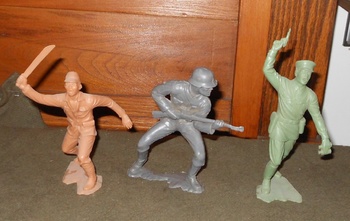 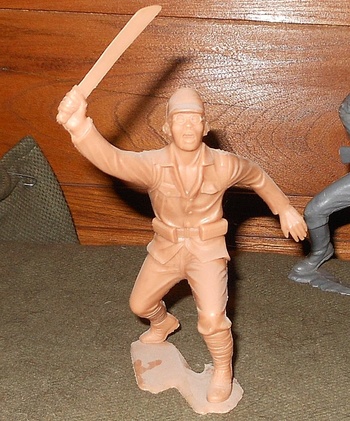 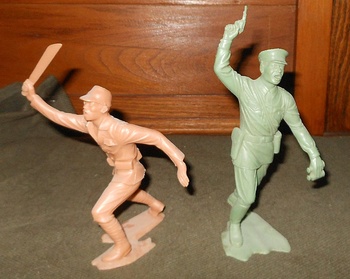 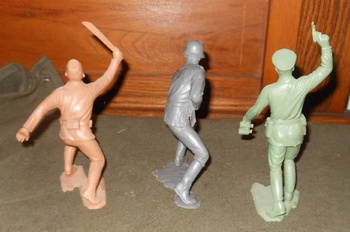 These were made by Marx Toys and they have the year 1963 in Roman numerals on the underside of the base. This does not mean they were made in 1963 but that is when the mold was made. Hard to say exactly when they were made but sometime in the 1960s.
Just got the German soldier at the Rose Bowl. I think he was supposed to have a bayonet at the end of his rifle but for $3 I can live with that.
The Japanese soldier charging with only a machete is a bit more detailed. He is wearing round rimed glasses. Probably based on the bonsai charge after some saki shots.
The green soldier is a Russian officer urging his men forward. Otherwise he would shoot them.
Marx made many 6" figures the most common are the cowboys and Indians. Many were reproduced in Mexico under the PlastiMarx name.
Avoid those and look for Marx with roman numerals on the underside of the base.