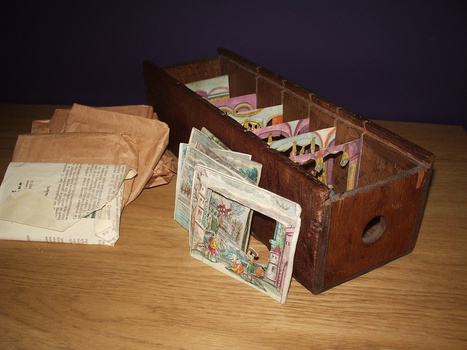 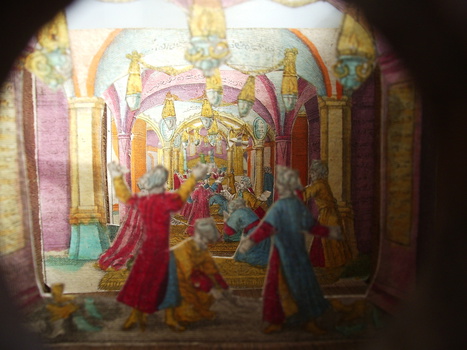 Who needs television when you have something like this?

It's an early peepshow box with 10 different scenes. The scenes are original (prob. 19th century or even earlier), but I'm not sure about the box. If anyone can tell me more about it's age it would be nice.

The illusion of depth is simply amazing, but hard to capture on photograph.