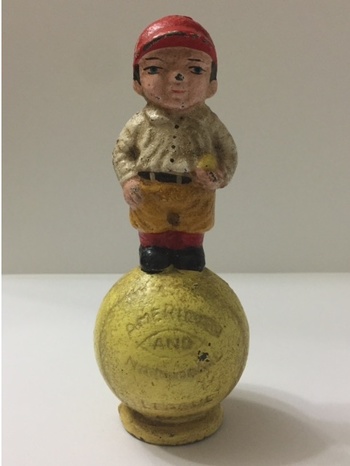 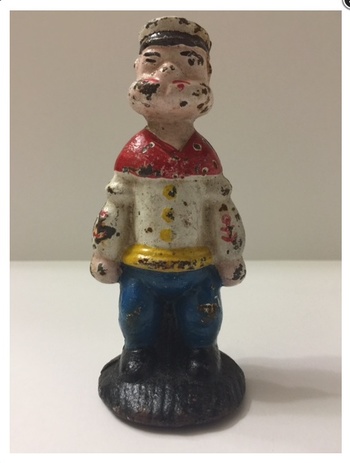 I won these two still banks and one other mechanical bank in an online auction last night through auctionzip. I'm so new at trying to identify authentic banks and it's even more challenging for me to judge from a single photo. Since the auction was through an auction house, I felt a little more trusting than I would have been had they been on ebay. I'm hoping since they were described as vintage and rare they are not repo's. We'll see. When I see the prices that some of the banks reach at auction it made me wonder after having won them at well below what I expected. I either lucked out and happened upon an auction that was not well attended, or I paid too much and will learn another valuable lesson.