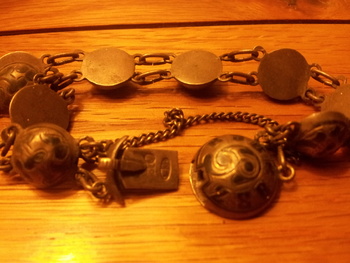 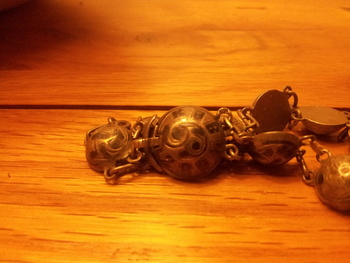 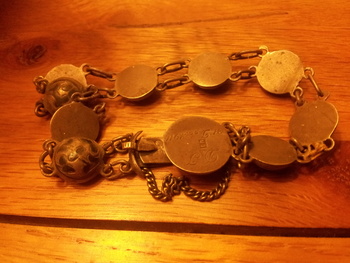 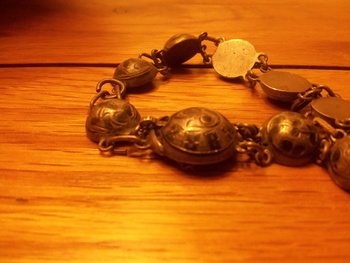 My wife inherited this bracelet around 10 years ago. We know nothing at all about the history of this bracelet. We think it is of Russian origin because of the styling and the font of the letters on the large hemisphere which forms part of the clasp, from what we can see the letters are: K A B H K E Z? there appear to be some hallmarks etc.. on the male part of the clasp but they are too small to see with the magnification aids I have. I can however read the inscription on the rear of the large hemisphere which forms the female part of the clasp it reads: D.J 31st Dec 1911, there is also a small stamp in the middle which is a simple R. N in lower case . If any experts/collectors have seen anything like this we would really like to know anything about this item. Thanks in advance and apologies for the poor photos.