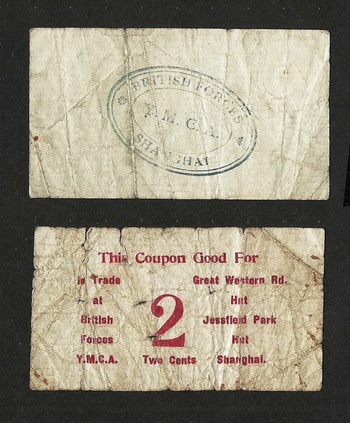 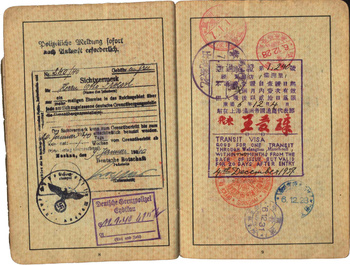 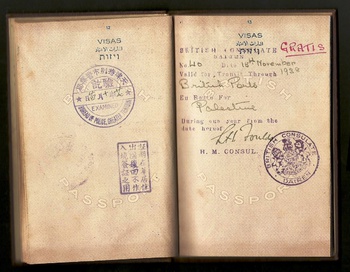 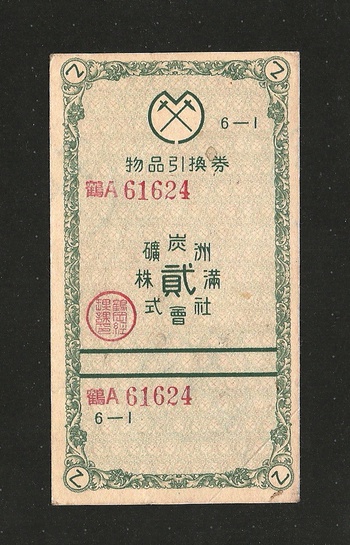 Here have added a sample of items that interest me, such as a British used army-coupon during the siege of Shanghai, early stages of the war; visas in a German passport, one from Moscow 1940 and the other Shanghai, the Manchurian Trade Representative office from 1939; Another passport, British colonial Palestine, used to enter occupied Port Arthur, Dalian, from 1938 and last a canteen coupon for a coal mine facility in north-eastern China, under Japanese occupation, 1930's.