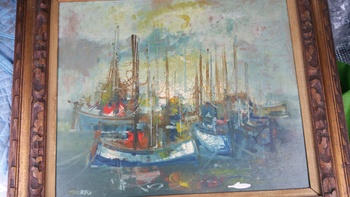 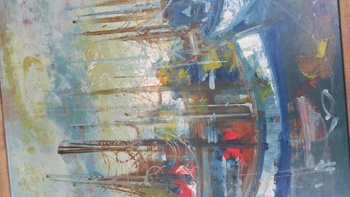 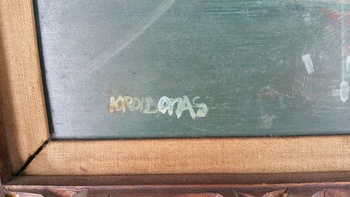 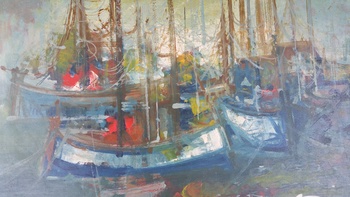 This is an original painting, acrylic on masonite, measuring 16 x 20 inches.
The painting, rich in colors of various sail boats, is circa late 1950's or early 1960's.

The painting is signed JORDI BONAS in the left hand lower corner.
Jordi Bonas was born 1937 in Barcelona, Spain.

In 1959, he traveled to France to study and improved his skills as an impressionist.

Later he returned as an accomplished painter setting up galleries in Spain, France, Germany and New York City.

He restored paintings in the Museum of Modern Arts in Paris and throughout France, as well as participation of Saint - Jean de Montmartre the Place de Abbesses.

For 15 years he lived and worked in Lorie Valley.

And finally in 1992, he was give several prestegious awards at theInternational Grande Prix of Gemmail.