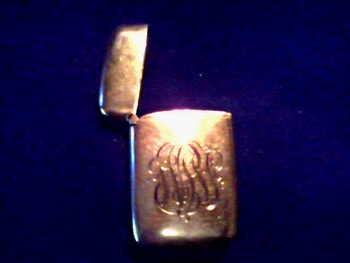 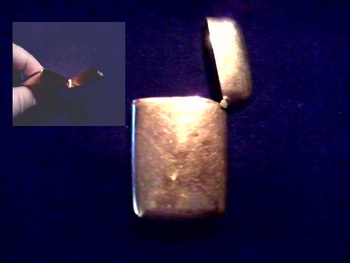 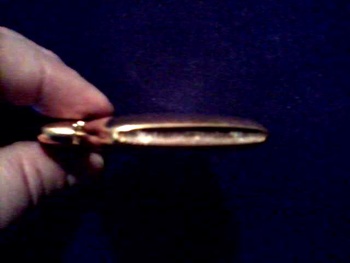 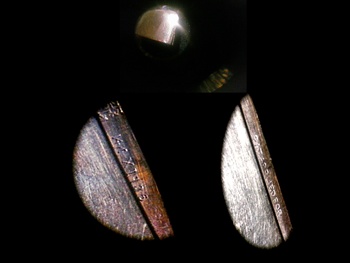 I thought I'd re-post my match safe (vesta) from a year ago in light of the new developments. I finally got to talk to George today also known as Mr. Vesta http://www.matchsafe.us/ and he was able to positively ID this as a Gorham match safe.

Mr. Vesta is an avid pocket match safe collector who is always interested in meeting and exchanging information with other collectors and interested parties. He has over 25 years of collecting and research experience. He has assembled an extensive reference library of books, articles, trade catalogs, reproduction information, market trends, patents, manufacturer information and other data pertaining to pocket match safes. He is the founder of the International Match Safe Association (IMSA) and actively interacts with others worldwide.

Hi Mike,
"You are correct, it's a Gorham match safe. The patent pending pertains to patent #969,076 issued on Aug. 30, 1910, helping to date the match safe to just prior to this time period. Based on the catalog number, this is not an experimental or special order item, it's a regular production match safe. Even though the match safe has a nice inscription it's value to most collectors based on it's condition would not be any more that the value of gold. It would be great if you could find a collector that might be interested as personally I'd hate to see such an item melted down and destroyed."
George

I did finally take this to the jeweler to check the purity mark and have it weighted. A very slim little 2 3/8" x 1 1/2 "x 1/4" it came in at 21.23 grams or 13.65 (dwt) penny weight. At today's gold prices that's very nice indeed. Most collectors avoid the monogrammed pieces and prefer the novelty, figural, or more ornate designs from around the world. -Mike-

The Gorham Manufacturing Company is one of the largest American manufacturers of sterling and silver plate and a foundry for bronze sculpture.
Gorham Silver was founded in Providence, Rhode Island, 1831 by Jabez Gorham, a master craftsman, in partnership with Henry L. Webster. The firm's chief product was spoons of coin silver. The company also made thimbles, combs, jewelry, and other small items. In 1842, the Congress enacted a tariff which effectively blocked the importation of silverware from outside the United States, which aided the American silver industry. Jabez Gorham did not take full advantage of this opportunity, but in 1847 Jabez retired and his son, John Gorham succeeded him as head of the company.
In the United States, one of the most prolific manufacturers of match safes to hold friction matches was the Gorham Manufacturing Company (the name used from 1865-1961, the period when most match safes were made in the United States) in Providence, Rhode Island. They made more than 1,180 different varieties of match safes; i.e., either the material, motif, decoration was unique.