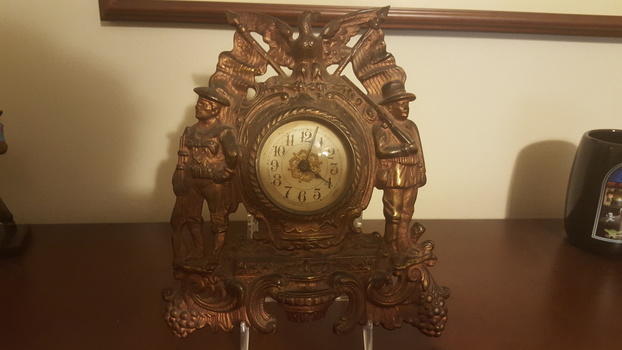 I found a very similar clock on this website that no one had commented on. I have no idea how old this clock is and the only information on the back is a serial number. The main difference between this clock and the one listed as a Patriot Bronze Mantel Clock is that the word Germany is written beneath the numeral six on the clock's face. It made me curious if this might be a German reproduction of the original American version. The woman who gave me this clock remembers her family owning it in Germany before she was born. She later moved to the United States and brought it with her. She's now in her early nineties.