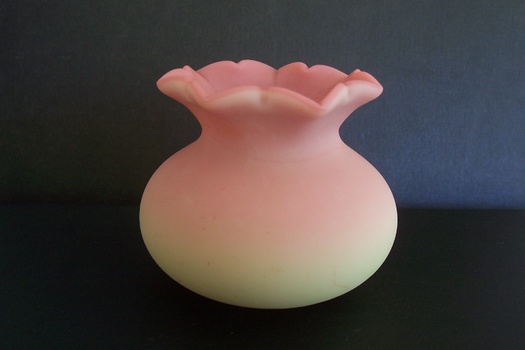 This lovely vase has beautiful "Burmese" coloration in the glass with a delicately scalloped upper rim.

The Mount Washington Glass Company originally produced Burmese glass as the creation of Frederick Shirley in the early 1880's. The color was achieved by adding uranium oxide and gold to a batch of opal glass which created a yellow opaque glass that became salmon colored when reheated. Further reheating would turn the salmon back to yellow. This glass has a brilliant glow similar to vaseline glass when exposed to a black light. 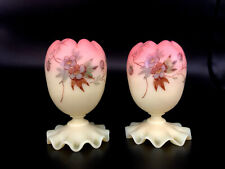 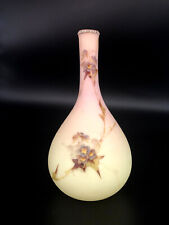 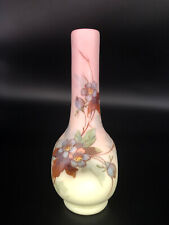 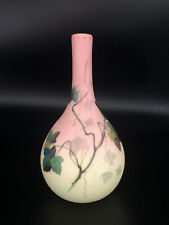