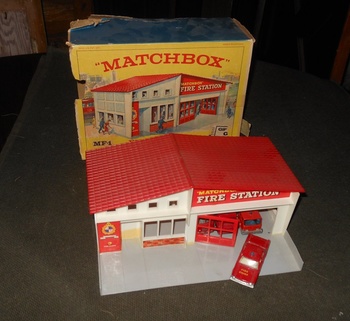 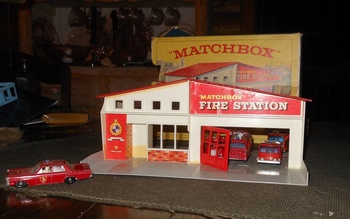 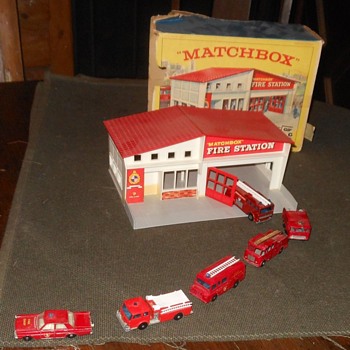 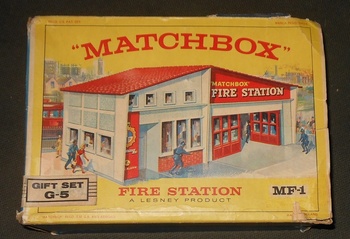 The long awaited Matchbox Fire Station. Unlike the cars the accessories like these are a bit harder to find information as to exact date. I would say about 1965 on this. There was another box released in the later 160s.
This set came with the Fire Chief Car, Denver Fire Pumper Truck and Cadillac Ambulance. I knew the ambulance came with the set before I did the photo shoot. Probably should have put it in. More the merrier and all.
Note the G-5 Gift set is a sticker. I think it could also be purchased without cars.
The fire vehicles shown here are my loose models. They are scheduled for their own post tomorrow. The models I have in boxes will be posted eventually.
The doors to the fire station open inward so all the trucks have to back up before they can leave. The backside of the fire station is open. The trucks that did not fit inside were hiding behind the fire station in the first two photos.