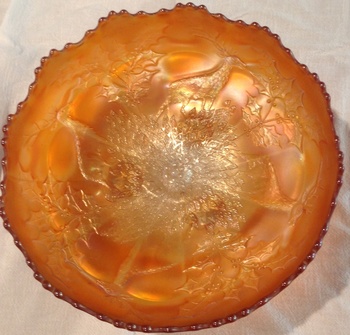 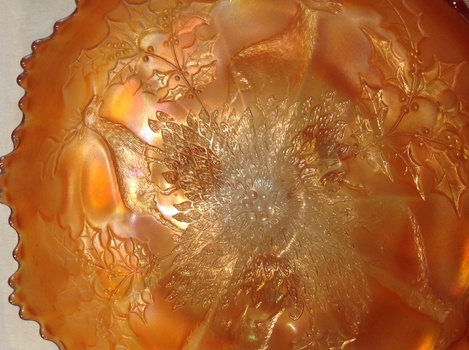 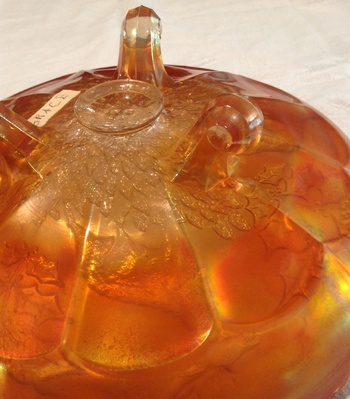 I've always loved this though I know it's not rare. My grandmother used it to hold letters. Most of carnival glass she had was the Marigold color, which since it was most common must have been a popular color or maybe cheaper?

I've had this for a long time, but was likely acquired by grandmother prior to the war. She was married in 1918.

I think it was made by Fenton, which made the Stag and Holly