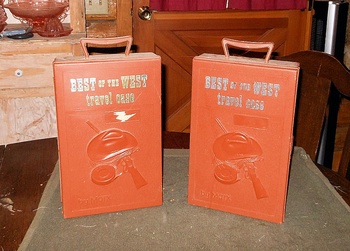 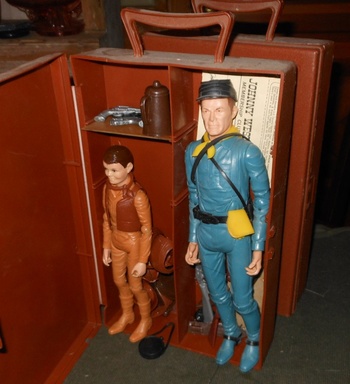 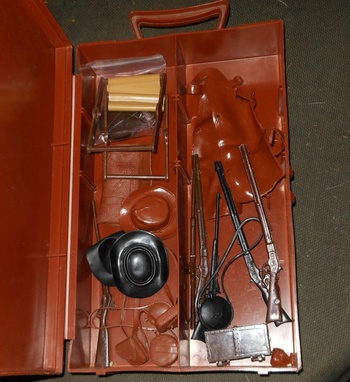 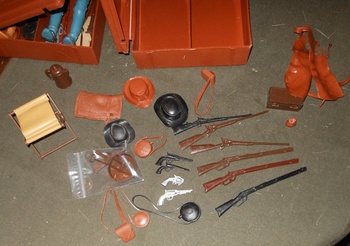 The Travel Case is perfect for taking your Johnny West figures over to your friends house for a fine fun day of playing Johnny West. I have Jamie West and Captain Maddox in mine along with a bunch of accessories in the other.
The example on the left shows the movable shelf above Jamie used to store smaller pieces. There are some pistols and other pieces in mine.
These were part of the Best of the West series sold in 1974. Not sure if they were still being sold in the Johnny West Adventure era from 1975-1977 but I do not think they were.