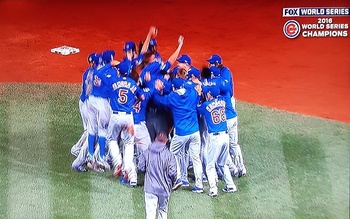 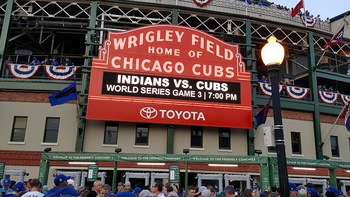 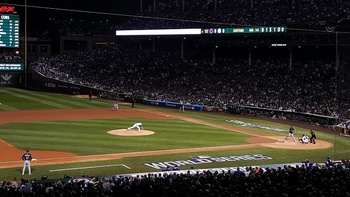 I can breathe now … and 108 years of waiting is over. The Chicago Cubs win the 2016 World Series!!! Harry Caray and Ernie Banks are smiling!

But for me, it’s been since the mid-1960s and the emptiness and aching for a championship spanned decades. I think we despondent Cubs fans invented the saying “Wait Until Next Year.” And for a gut wrenching late game seven battle, it might have been a 109 year wait.

I grew up on baseball as a Cubs fan; a kid watching the Cubs play on a small B&W TV in a cramped basement while eating hot dogs on a TV tray. Years later, visits to Wrigley field were exceptionally special when watching games on crisp sunny afternoons from the stadium’s famous bleachers.

I predicted a seven game series but wasn’t prepared for a roller coaster Game 7. My enthusiasm brought my son and I to Game 3 (first game in Chicago) and, sadly, left shaking our heads over a home field loss. Anyhow, the Cubbies overcame a 'do-or-die' two game deficit and tied the series at three apiece. But could they win an odds defying 3rd game in a row to take it all as a visiting team?

The Cubs started Game 7 strong and a growing lead made it look like the game was over in nine innings; but Cleveland didn't think so and came storming back with a run scoring double and two run homer. A 6-6 score went into extra innings and the Cubs dug deep and rallied for two runs. Cleveland responded with one of their own ... a heart pounding one run game with three outs to go.

History will remember Game 7 as an epic one run winner-take-all contest, but this seven game drama is a magnificent testament to the beauty and strategic nuances of classic baseball.

Pictures:
1: 7th game win celebration from the best seats a TV can give you.
2: Approaching Wrigley to attend Game 3.
3: Obligatory artsy panoramic shot of Game 3.
4: Kyle Hendricks makes an aggressive pitch in the first inning of Game 3. 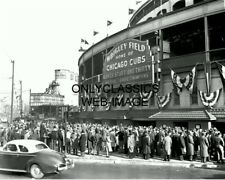