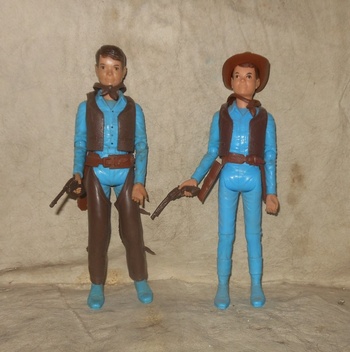 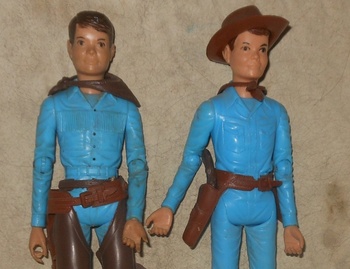 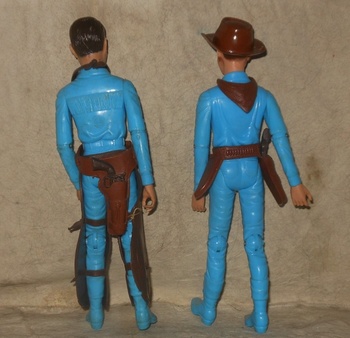 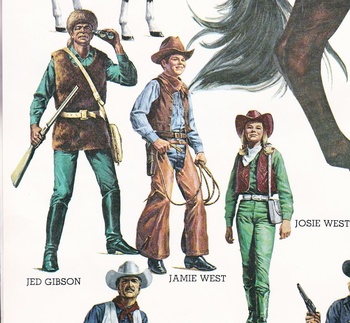 This is the Johnny West Adventures (known as JWA by collectors) of Jamie West. Jamie was one of Johnny's two sons. This time he was molded in light blue plastic instead of the caramel color of the earlier versions. This was first released in 1975 and sold until the company went out of existence in 1977.
The accessories came with the usual lighter brown color and a new dark brown color. Those were much easier on the eyes than some of the other colors for figures in this line.
I don't have the box for this figure but I do have the poster tat came with these figures. The posters had excellent art work which was the same used on the box.