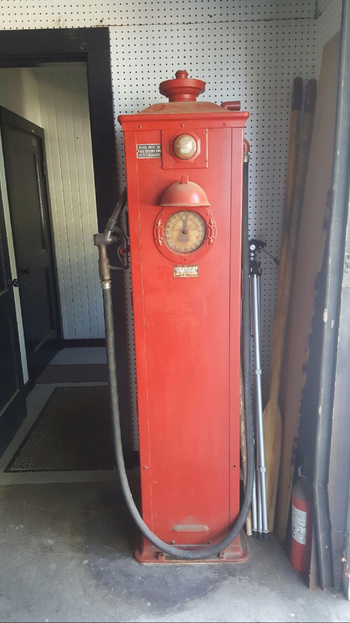 Says "Moore and Kling" serial number 5289 model #450. Any ideas as to what and where this pump was from? Thanks!