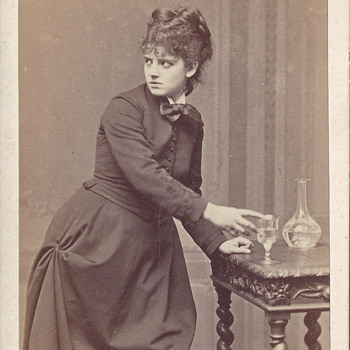 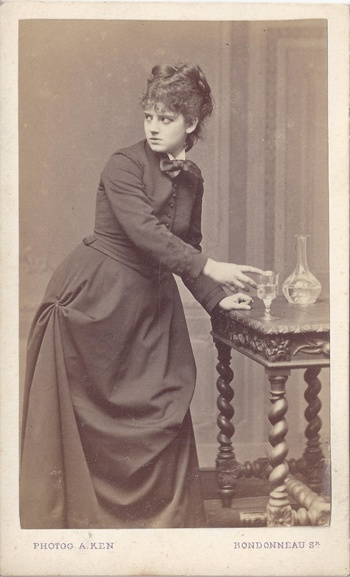 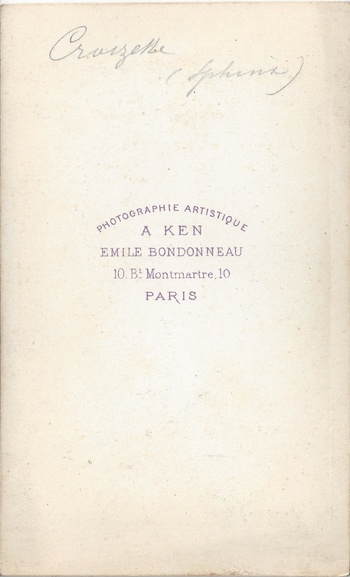 an ebay find yet again

this is sophie croizette and a bit i found about her:
"BORN 7 Mar 1847, St. Petersburg - DIED 19 Jan 1901, Paris
Sophie Croizette was born in Russia of French parents. Her mother Louise Carbonna Croizette was a dancer at the Marinsky theatre in St. Petersburg. In her youth she became friends with Sarah Bernhardt, who described her as gay and talkative.

From 1868 until 1882 she was engaged at the Comédie Française. She became its 296th sociétaire in 1873. Her biggest succes was the part of Blanche in "Le Sphinx" (1873) by Ostave Feuillet. Sarah Bernhardt played the part of Berthe de Savigny and the public divided themselves between Croizettists and Bernhardtists. The two stars remained on friendly terms and Bernhardt wrote in her memoirs that they were amused by it. In 1873 she played Suzanne in "Le Mariage de Figaro" next to Bernhardt who played Cherubin. In 1882 she left the stage. On 5 Aug 1885 she married the rich banker J.S.A. Stern (1839-1902), the son of Antoine Stern (1805-1888) who founded a bank in Frankfurt am Main. He had been her lover for a long time and they already had a son, Michel (1877-1902)."